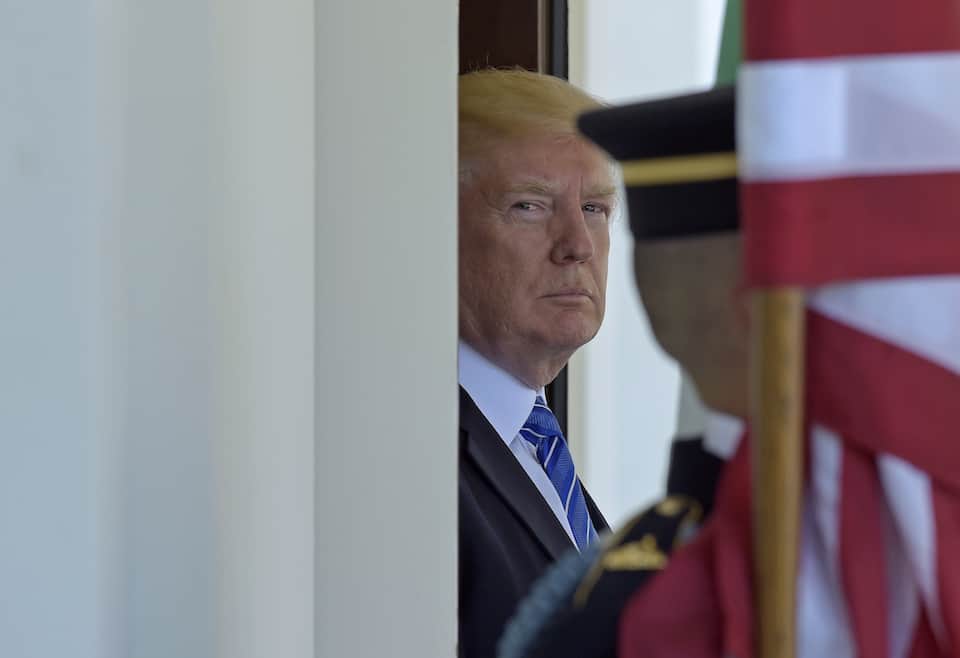 House Intelligence Committee member Jim Himes (D-CT) laid out the stakes of Donald Trump's colossal intelligence failure in grim detail, explaining exactly how Trump's loose lips could result in the death of a human being.

In the aftermath of Donald Trump's reckless revelation of classified information to Russian officials, the White House spin has been focused on Trump's "absolute" legal right to declassify information as he chooses.

But the consequences of Trump's actions go beyond legality. In addition to betraying trusted allies, Trump's move could well result in the deaths of people who took tremendous risks to inform on our enemies, as one Democrat spelled out in great detail.

On CNN's New Day, House Intelligence Committee member Jim Himes (D-CT) told anchor Chris Cuomo that the legality of Trump's actions is "beside the point," and explained how Trump's blunder could result in the most grisly of consequences:

CUOMO: Do you believe that that explanation he gave is unsatisfying?

HIMES: Well, it may not be illegal, but it's completely beside the point. Look, if the Washington Post story is to be believed, what happened is that the president gave a lot more information than would typically would be given. You know, let's just imagine, because the Washington Post story said that it was location. Let's just work with that. Let's imagine that the president is describing a building or a neighborhood. These are places that have limited numbers of people, right? So, let's just imagine it's a room that four or five people have access to. Now, all of a sudden, four or five people are turning up dead, quite possibly the source for whatever this piece of intelligence was. So that's the sort of close in issue.

Many terrorism analysts concur with Himes' scenario, including MSNBC contributo,r and former double agent for the FBI, Naveed Jamali, who posited the same scenario in even starker terms:

Look, I know that they're saying sources and methods haven't been released, but if you were that terrorist organization, and you put two and two together, you're simply going to roll up the people that had access to that operation, and put a bullet in the back of their heads.

Jamali is referring to the misleading statement that National Security Adviser H.R. McMaster gave in the immediate aftermath of the story — a statement that has already been contradicted by Trump.

Republicans have been characteristically slow to take this issue seriously, but for the sake of our national security, they need to get serious in a hurry. Trump's actions don't just endanger human intelligence assets — they endanger all Americans by hampering the government's ability to keep us safe.