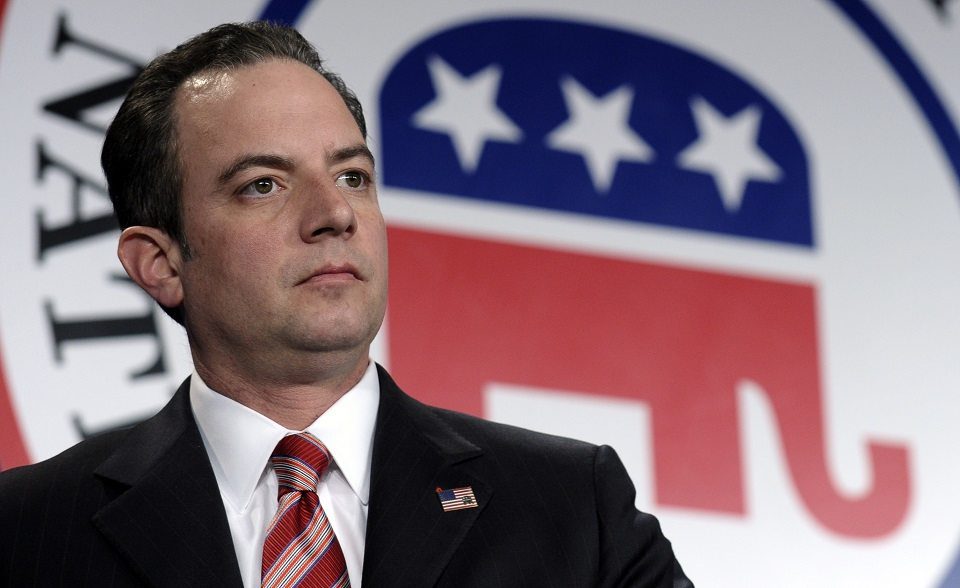 Republicans have refused to criticize Reince Priebus’ attempt to interfere in FBI business, months after losing it over Bill Clinton talking to former Attorney General Loretta Lynch during the 2016 presidential campaign.

White House Chief of Staff Reince Priebus met with the FBI and attempted to get top officials at the agency — Director James Comey and Deputy Director Andrew McCabe — to refute media reports about contacts between the Donald Trump campaign team and Russian intelligence officials. The Associated Press described Priebus’ actions as "unusual contact with law enforcement involved in a pending investigation."

Yet there has been none of the boisterous condemnation of Priebus’ actions (coupled with Trump’s tweets and public statements whining about the agency’s decision against caving in to his deputy’s demands) from Republicans that we saw in their very public complaints about former Attorney General Loretta Lynch.

When Lynch had a brief meeting in June 2016 with former President Bill Clinton on the tarmac of an airport in Phoenix, Republicans freaked out and complained that it was part of an effort to pressure the Department of Justice as it looked into Hillary Clinton's emails. Lynch explained at the time that the meeting "was a great deal about his grandchildren."

But the right was not satisfied.

Trump himself told a radio host: "That’s terrible. And it was really a sneak. It was really something that they didn’t want publicized as I understand it. Wow, I just think it’s so terrible."

Senator John Cornyn (R-TX) fumed in a statement: "This incident does nothing to instill confidence in the American people that her department can fully and fairly conduct this investigation, and that's why a special counsel is needed now more than ever."

Lindsay Walters, a Republican National Committee spokeswoman complained: "How can the American people have confidence that the Justice Department is conducting an impartial investigation when US Attorney General Loretta Lynch is meeting with President Obama following his endorsement of Hillary Clinton and having a secret meeting with Bill Clinton on a tarmac in Arizona. These actions raise serious concerns over her ability to be objective in the FBI probe of Hillary Clinton."

And then there was Priebus himself:

Ultimately the FBI decided against prosecuting Clinton, yet FBI director James Comey released a letter days before the election raising questions about Clinton’s emails that turned out to be a red herring. At the same time, Comey and the FBI refused to make public comments on the active, ongoing probe into Trump’s considerable Russian interactions — the same story Priebus and the White House are now trying to squelch.

And we are not hearing any substantive admonishment from the GOP.