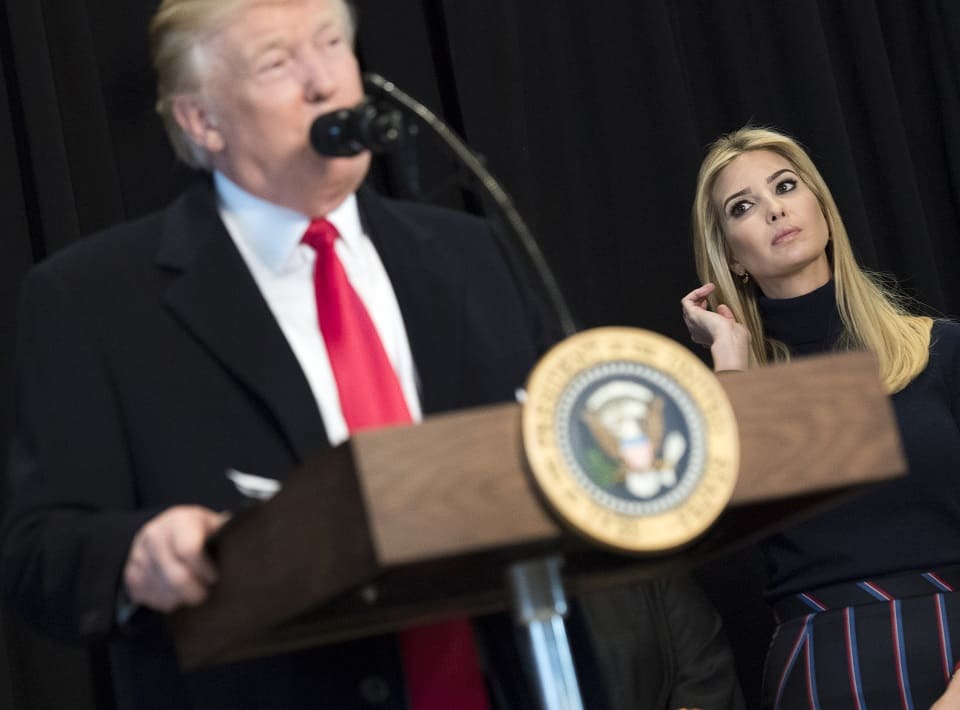 While Donald Trump lectures companies on saving and growing American jobs, his daughter's company is importing tons of merchandise that is made in China.

In his inauguration address, Donald Trump told the nation, "We will follow two simple rules: Buy American and hire American." But between election day on November 8 and February 26, his daughter Ivanka Trump’s clothing line has imported tons of merchandise that was made in China.

An investigation from AFP found that Ivanka’s company brought in 82 shipments that went through U.S Customs in that time period. The shipments, over 53 tons worth of merchandise, included 2 tons of polyester woven blouses, 1,600 cowhide leather wallets, and 23 tons of footwear. One of those shipments came two days after her father hosted two dozen CEOs at the White House and lambasted trade deals like NAFTA for the loss of American jobs, while promising that his administration would make moves to bring millions of jobs back.

Christopher Balding, an expert on Sino-US trade relations at Peking University, told AFP it is "very hypocritical to make [bringing jobs back to the US] a policy plank and manufacture her products in China."

There does not seem to be a slowdown in the plans, either, as a shoe factory in southern China has reportedly received an order for 10,000 Ivanka Trump shoes for next season.

The Trump family’s China-to-America pipeline is even more troubling as the shipment came ashore not long after White House counselor Kellyanne Conway used her administration role to push Ivanka’s fashion line during an appearance on Fox News. The free commercial from the White House resulted in a sales spike, as Trump fans rushed online to buy the first daughter’s outsourced wares.

The White House dismissed concerns about the commercial use of the presidency to enrich the president’s family and refused to discipline Conway, but the Office of Government Ethics released a letter noting, "Not taking disciplinary action against a senior official under such circumstances risks undermining the ethics program." The office also said, "It is critical to the public's faith in the integrity of government that White House employees be held to the same standard of ethical accountability as other executive branch employees."

The persistent intermingling of Trump business and the White House continues to create problems and lays the groundwork for impeachable offenses in the future (using the presidency for personal enrichment is against the law). At the same time, the Trump family making money from outsourcing and offshoring, as Trump pounds the table on keeping jobs in America, shows what a phony he and his family are, when it comes to lining their own pockets.