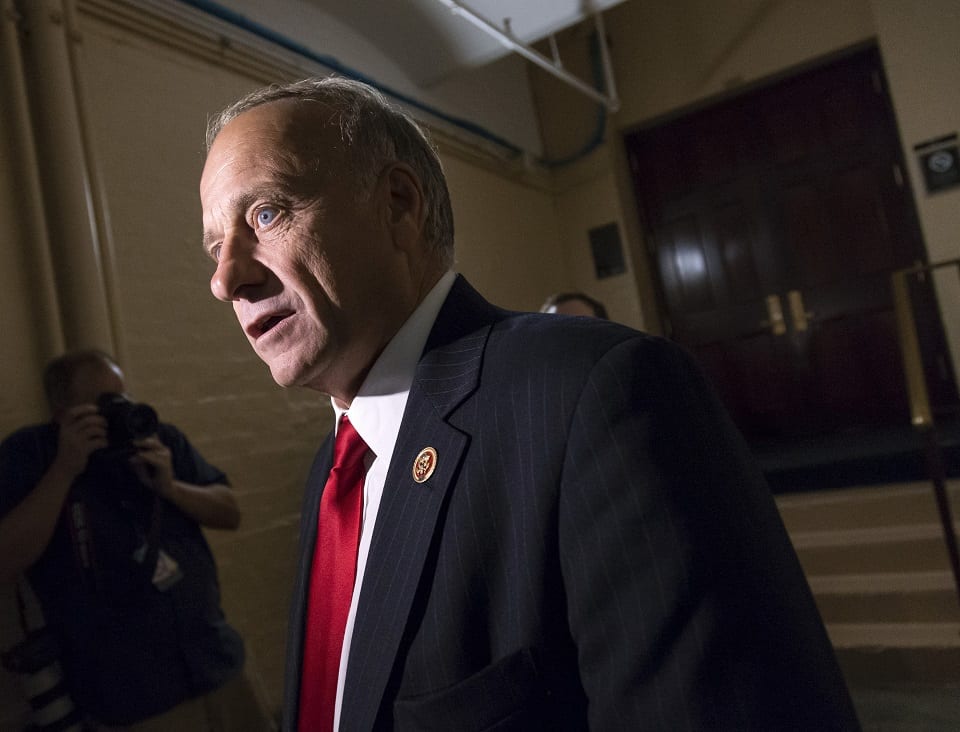 Representative Steve King's (R-IA) racist tweet drew condemnation from (nearly) every quarter, and provided a fundraising boost to his political opponent. Now, tourism to King's home state is taking a huge hit from the fallout.

Representative Steve King (R-IA) drew scant condemnation from Republicans with this tweet about the need to "restore our civilization," which he said cannot be done with "somebody else's babies":

The tweet was widely excoriated for its bald racism, but drew no comment from Donald Trump, and — after several days of questions from reporters — only this meager statement from White House Press Secretary Sean Spicer, which did not even appear to have come directly from Trump:

REPORTER: I asked you yesterday about the president's response to Steve King. Do you have anything on that?

SPICER: I don't — I think the president believes that this is not a point of view that he shares. He believes he's the president for all Americans, and so I'll leave it at that.

Many others were far more aghast at King's comments, though, notably demonstrated by the fact that King's political opponent, Democratic challenger Kim Weaver, raised over $100,000 in four days following the tweet, a staggering sum for a House race.

And now things have gotten even worse for King with the news that tourists are now bailing on planned trips to Iowa because of the racist tweet:

The Iowa Tourism Office generally receives about two complaints a month from travelers who leave the state peeved about picking up a speeding ticket or dissatisfied with an unpleasant hotel stay.

But in the days following U.S. Rep Steve King's recent controversial comments, staff responded to about 60 tweets a day, not to mention emails, Facebook posts and calls from potential tourists, officials said Friday.

Many would-be travelers vowed to cancel spring or summer trips to Iowa. Some longtime attendees of an annual bike ride across Iowa promised to ditch the trek after King tweeted Sunday a suggestion that Muslim children are preventing “our civilization” from being restored, officials from the Iowa Tourism Office told The Des Moines Register on Friday.

According to the Iowa Economic Development Authority, tourism contributes $8 billion annually to the state, which is about 5 percent of Iowa's overall economy. While it is heartening that people are resisting King's bigotry, his comment will end up hurting working Americans, and also comes against a backdrop of concerns that Donald Trump's Muslim ban could hurt U.S. tourism nationwide.

But you cannot support 7.6 million jobs in the tourism industry without somebody else's dollars.