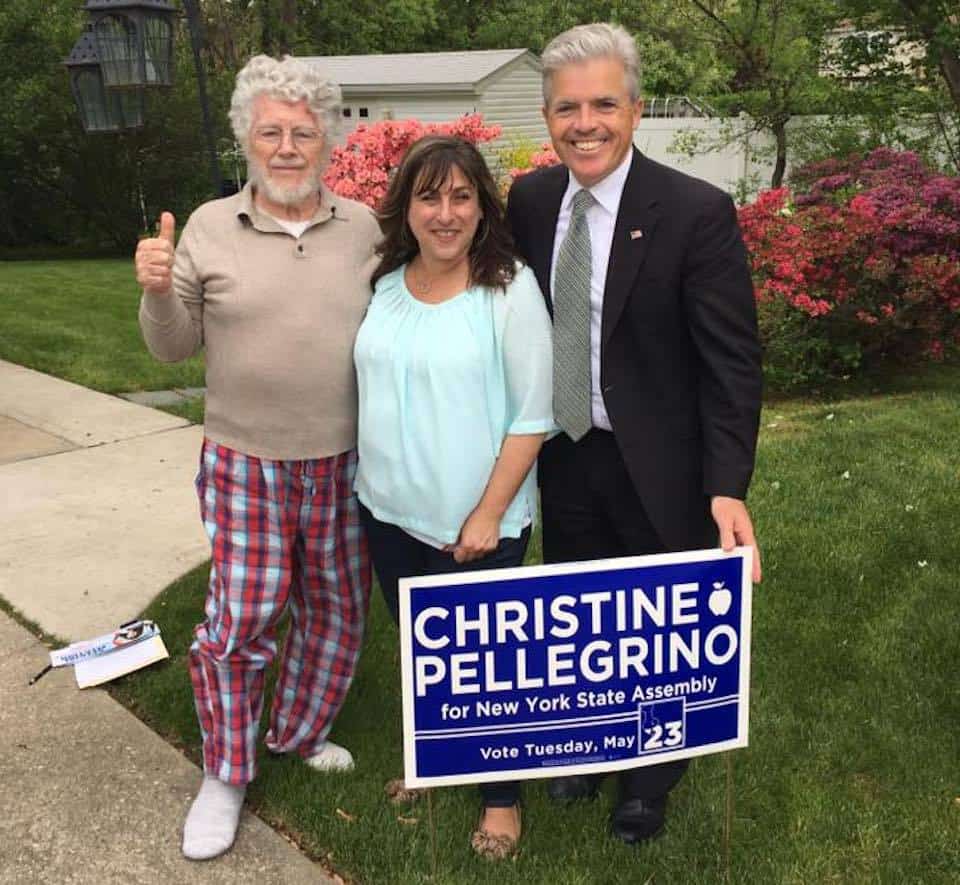 For the first time since Donald Trump's election, Democrats flipped state legislative seats from red to blue in the New Hampshire and New York special elections. It may indeed be a sign of things to come for Democrats fighting back against the Republican agenda.

In a week already packed with explosive news about the ongoing Russia investigation and Trump's monstrous budget, Democrats celebrated an incredible — and perhaps prophetic — victory in special elections on Tuesday night.

Democrats won control of two Republican-held state legislative seats that should never even have been in contention.

The first victory of the night was in New Hampshire. Democratic candidate Edith DesMarais beat Republican Matthew Planche in the special election for Carroll County District 6, which includes the town of Wolfeboro.

It is hard to imagine a less likely place for Democrats to win. Wolfeboro is a GOP stronghold: Trump carried the district 51 to 44, and Mitt Romney has a summer home there. The town made national news in 2014 after its police commissioner refused to apologize for calling President Barack Obama "that f**king n****r." In fact, this is the first time Wolfeboro has ever elected a Democrat to the state legislature.

“This is a thunderbolt of resistance,” said Pellegrino.

This assembly district on the southern coast of Long Island is very wealthy, very white, and very Republican. Trump carried it by 23 points. The GOP still controls the state Senate, mainly because eight senators who run as Democrats side with Republicans, but Democrats have a massive majority in the Assembly and this win in red territory shores up that majority even further.

For the past few years, Republicans have enjoyed overwhelming control of offices down the ballot. Due to a variety of reasons, including gerrymandering, voter suppression, and a lack of messaging and campaign coordination between party officials, Democrats suffered huge losses at the state level during the Obama years, with over 1,000 seats lost in the state legislatures alone.

When Tom Perez was elected chair of the Democratic National Committee in February, he pledged that under his leadership, the Democratic Party would intensify efforts to win local races. And so far this year, we have indeed seen a massive upsurge of Democratic voter participation.

Democrats almost flipped Kansas's 4th Congressional District, and are highly competitive in Georgia's 6th District and Montana's at-large District, all of which are extremely conservative parts of the country.

Democrats also held onto state legislatures in Delaware and Connecticut despite heavy GOP spending, defeated pro-Trump school board candidates in New Mexico, flipped GOP seats in local races in Illinois and Virginia, and beat a Republican in Pennsylvania who was running unopposed. Two weeks ago, Democrats even came within 2 points of winning an Oklahoma state house district Trump won 73 to 23.

These two stunning upsets in solid red territory are proof that the impact of resistance continues to ripple through the political system. Democratic voters, spurred by fury at Trump and his co-conspirators, are making gains at the state and local level well ahead of the 2018 midterms, where polls show Democrats are also strongly favored.

If voter enthusiasm continues to be as sustained and disciplined as we have seen so far, a Democratic resurgence is just around the corner.