Home National 'It would have been much worse.' Trump shamelessly uses Texas shooting to...
Support progressive journalism.
Donate today 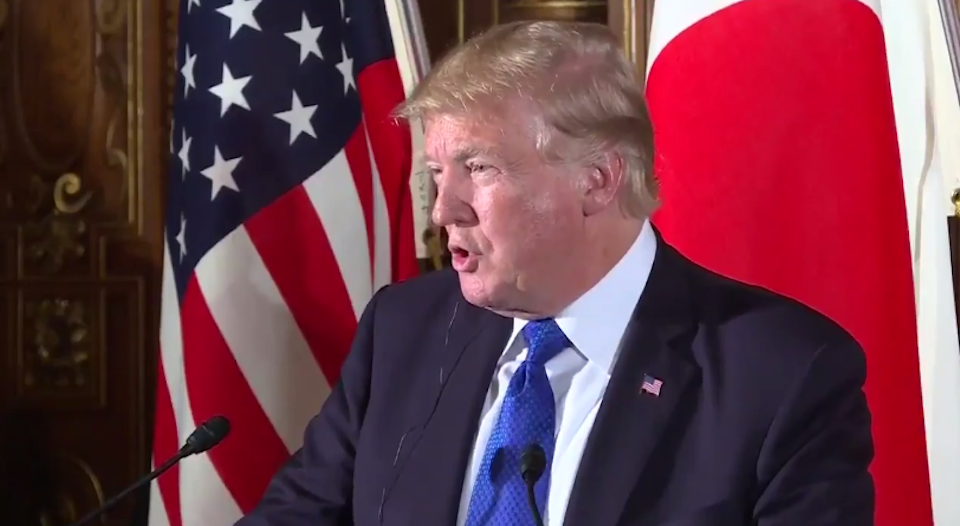 While speaking about the horrific mass shooting in Sutherland Springs, Texas, Trump essentially turned his speech into a gun advertisement.

The church shooting in Sutherland Springs, Texas, left 26 people dead and 20 wounded, including children. The killer, who had been kicked out of the Air Force for domestic violence, used a similar type of semiautomatic long gun to those used in Aurora, Sandy Hook, and Las Vegas — and it is widely available and legal in Texas.

But Donald Trump, who believes the shooting was “not a guns situation,” instead chose to focus on one other detail: the man who drew his own rifle and chased the shooter out of the church.

To Trump, this is proof that the answer to mass shootings is to buy more guns — which he made clear in his statement:

And there we have it. In 15 seconds, Trump turns the biggest mass shooting in the history of Texas, with 26 dead and 20 others wounded, into an advertisement for guns. pic.twitter.com/6CKn4g3kX6

[T]his isn’t a guns situation. I mean, we could go into it but it’s a little soon to go into it, but fortunately somebody else had a gun that was shooting in the opposite direction, otherwise it wouldn’t have been as bad as it was, it would’ve been much worse.

Trump’s words, which echo those of Texas Attorney General Ken Paxton, basically amount to a crass advertisement of guns, at a time when families’ lives have been shattered by gun culture.

Trump went on to say, "This is a mental health problem at the highest level."

But that is not an issue Trump has taken seriously either. Upon taking office, he repealed an Obama regulation preventing the mentally ill from buying firearms. If he really believed the issue in each of these mass shootings is mental health, why would he make it even easier for those same people to acquire guns? And why would he suggest the answer is that everyone should go out and buy more guns and carry them everywhere?

In no other developed country is it routine for 26 people at a church to be killed in a few minutes by a single person. America is home to 5 percent of the world’s population but 31 percent of its mass shootings — and as gun technology advances, shootings are becoming deadlier. And all Trump is doing is boasting that firearms are preventing violence caused by other firearms from being “worse.”

The unending cycle of bloodshed cannot end if we cannot have an honest conversation about how our lax laws enable it. Trump — a fervent supporter of the NRA — is acting more like a salesman for gun manufacturers than someone tasked with enforcing the law and protecting public safety — and we are all at risk for it.