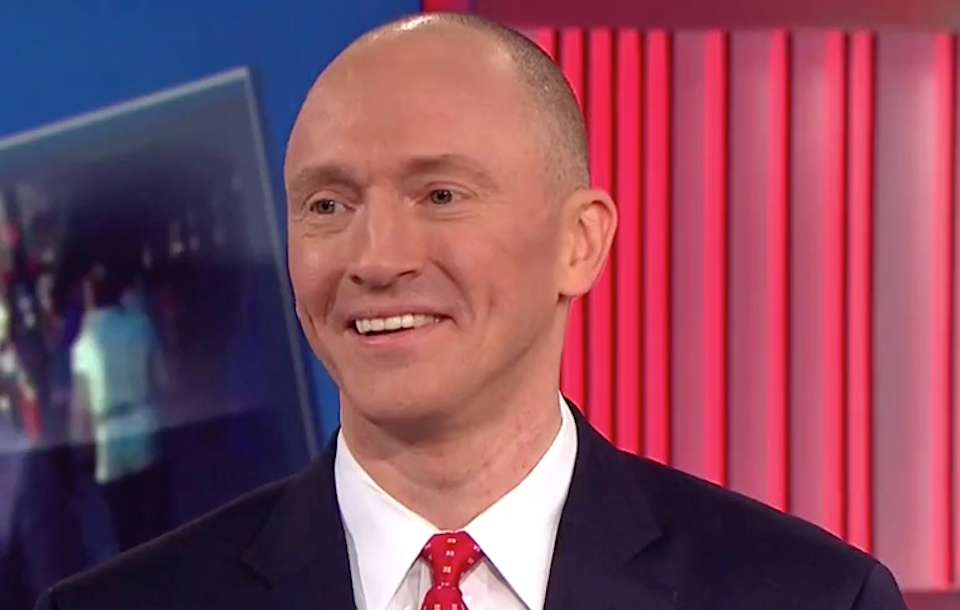 The Trump team's lies about secret meetings with Russia are unraveling faster and faster.

Carter Page — the Trump campaign official who traveled to Russia in 2016, despite the repeated insistence by Donald Trump and his team that no one from his campaign ever went to Russia or met with anyone from Russia — cannot stop talking.

In an interview with Jake Tapper's CNN, he once again, for some inexplicable reason, felt compelled to set the record straight by undermining the growing mountain of lies and spin from Trump and his team. Attorney General Jeff Sessions previous testified  under oath that neither he, nor anyone else from the campaign, ever spoke to any Russians. That, as it turns out, was a lie — one of several apparent lies under oath that Sessions has told.

And Page's most recent testimony, in a closed-door House session Thursday, only makes the lie worse.

As Page explained to Tapper, he did in fact tell Sessions about his trip to Moscow but insisted that "it is such a nothing event" because he told Sessions when they were walking to an elevator after dinner. And it was only "in passing." And the dinner was arranged at the last minute. So it hardly counts.

But according to Page, Sessions is not the only one from the Trump campaign who knew about his trip to Russia.

PAGE: You know, that mention, which was the big headline yesterday, was a brief comment as we were walking to the elevator after having a dinner together. So it is such a nothing event. As you correctly noted, I mentioned that I'm heading over there, totally unrelated to the campaign, so it was — I actually — it was a meeting, or a dinner that was set up sort of at the last minute, and I ended up changing around my schedule because I was just getting ready to go in a of couple of days, so I said — it was the only time I ever met him. We had one dinner together and —

PAGE: Yeah. And it was great to meet you, I'm glad I was able to meet [sic] this in before I head to Moscow. I mean, it's totally in passing.

TAPPER: Is he the only one on the campaign that knew about the trip?

PAGE: I mentioned it to a few people.

PAGE: It'll come out. Things keep leaking in this — from the investigation.

It remains a mystery why Page continues to go on TV to offer bumbling defenses and explanations about his trip to Russia. But the more he talks, the clearer it becomes that none of the initial stories offered by anyone associated with the campaign were true. Not only did Sessions know that Page went to Russia, but there are others, it seems, who knew about this trip too.

Who those others were — indicted campaign chairman Paul Manafort, perhaps, or close adviser and son-in-law Jared Kushner, or Trump himself, or all of the above — will leak out from the investigation eventually, according to Page.

Or maybe he'll just provide further details the next time he's on TV.