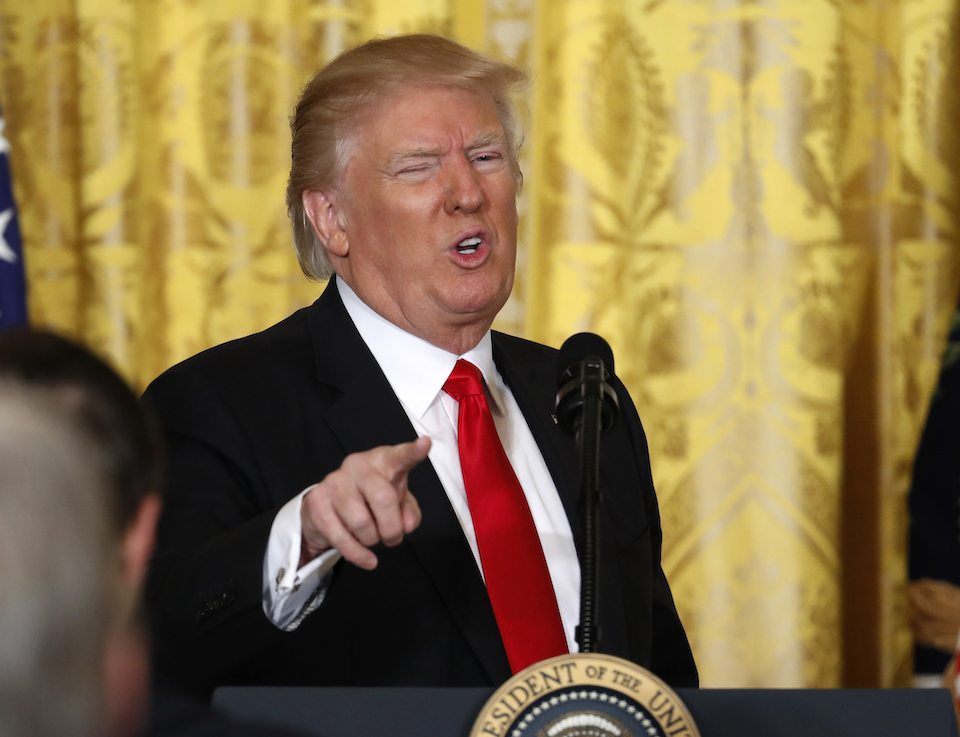 Donald Trump's presidency has had major failures on foreign policy, domestic policy, race relations and basic competency. He has not faced the press for an extended press conference to answer for it since his fourth week in office.

Since taking office, he has held only one such event, on Feb. 16. If Trump does not hold a press conference in the remaining three months of this year, he will be the only president in the modern era — since 1969 — to avoid the press to this extent.

The three presidents immediately preceding him did much more in their first years. President Bill Clinton held 12 solo news conferences in 1993, President Barack Obama had 11 in 2009, and President George W. Bush had 5 in 2001.

Trump has instead leaned on joint press conferences with visiting heads of states. While he has had 12 of those, joint press conferences are far more narrow in scope, with each world leader taking only a couple of questions — one from an American reporter, and another from a foreign correspondent. In that shortened format, follow-ups are limited to nonexistent, while the topics for questions are extremely limited.

In a solo news conference, the full presidential agenda and related rhetoric can be questioned and examined at length. And since his last event, Trump has made an entire presidency's worth of missteps that he hasn’t had to defend in an extended question and answer session.

Trump has avoided that kind of questioning. The closest thing to a press conference he has held was a press availability in August to talk about infrastructure that devolved into a completely unhinged, defensive rant about the terrorist attack that killed a woman in Charlottesville, Virginia, where he offered his support for neo-Nazis and white supremacists, calling them "very fine people."

Since February, Trump's approval ratings have continued to collapse while his disapproval rating has skyrocketed. He has triggered a special counsel investigation by firing the FBI director, and evidence has emerged showing a pattern of collusion with Russian entities during the election, as he pushed for Congress and the Department of Justice to drop their investigations.

Trump failed to get a repeal of health care reform through Congress, resulting in no major legislation within his first year. He has also been continually rebuffed in his attempt to get the United States to finance a useless wall along the southern border.

Trump has continually fumbled on foreign policy. He's been humiliated by world leaders, seen North Korea ramp up their nuclear tests, and renege on his campaign promise to remove U.S. troops from Afghanistan.

His own White House has a revolving door, as staffers have been fired and replaced at an almost comical pace, showing that Trump is a massive failure as a manager.

In all this time, Trump has not faced the media and articulated to the United States and the world the thinking and motivations behind the series of mistakes and missteps he has made since assuming his office, including justifying the lives that have been lost and the fringe, hateful elements that have been given aid and comfort thanks to his carless words.

Trump has instead embraced tweeting and watching outlets like Fox News and reading clippings from Breitbart, all of which serve as amplifiers for his propaganda, rather than a check on his power.

Meanwhile, his advisers continue to attack the mainstream media for criticizing him. White House counselor Kellyanne Conway recently complained that the media is not sufficiently "afraid" of Trump and should be "forced" to report on him favorably.

As his presidency collapses, his inner circle of advisers and family members are under investigation, and he has badly mishandled his first crisis in office, Trump is avoiding accountability, as he so often has, and the streak is now at 200 days and ticking.