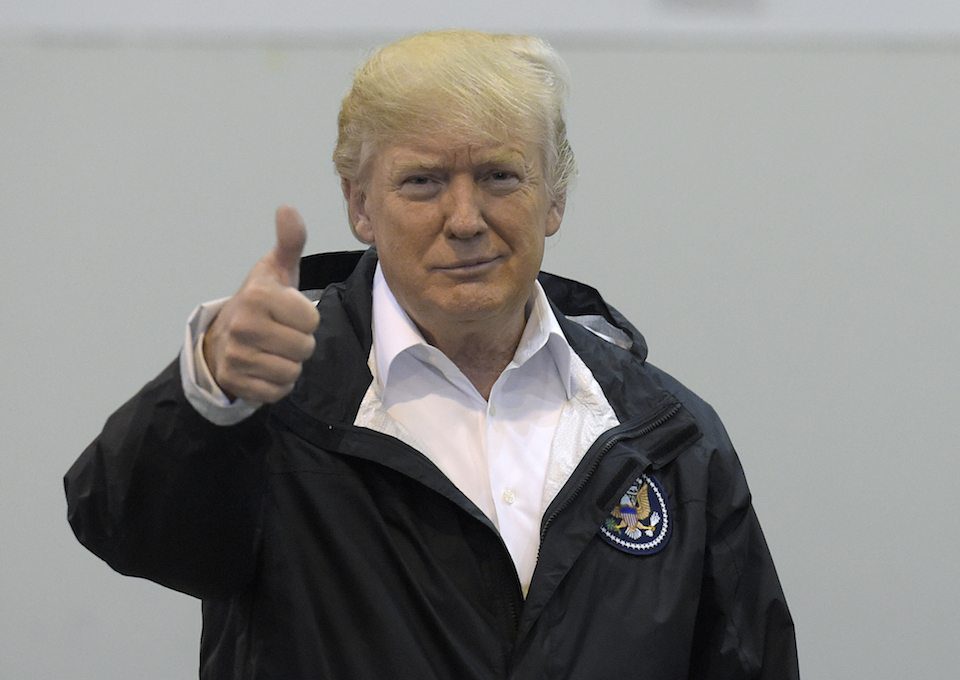 George W. Bush's horrible mismanagement of the response to Hurricane Katrina is widely acknowledged to be one the worst presidential disasters in modern American history.

Under Bush, an American city nearly drowned. Almost 2,000 people died. His incompetent administration, including his shockingly incompetent head of FEMA, belatedly and slowly addressed the disaster, turning "Katrina" into not just an American tragedy, but also a symbol for a president's disastrous handling of a tragedy.

Weeks ago, some started to refer to Trump's pathetic response to Hurricane Maria as his "Katrina." It turns out, that was inaccurate. A new poll shows that only 36 percent of Americans believe Trump's slow and spiteful response to the devastation on the island of Puerto Rico is sufficient; 55 percent say it's not.

But as the Washington Post notes, what is truly remarkable is that Trump's numbers are even lower than Bush's following Katrina:

Bush was criticized at the time for being seemingly uncaring about the hurricane victims, happily smiling and posing for the camera as he presented Sen. John McCain with a birthday cake as the hurricane hit.

That denouncement was considered controversial. But Trump has made it abundantly and painfully clear he doesn't care about Puerto Ricans. He has attacked and belittled them, blamed them for their own disaster, viciously and repeatedly raged against San Juan Mayor Carmen Yulin Cruz, and on Thursday, threatened to stop FEMA and other disaster relief for the island where 3 million Americans are struggling to survive, largely without power, water, or food.

It is astonishing to think that anyone could ever handle a disaster, or a presidency, worse than Bush. But Trump seems determined to do exactly that.