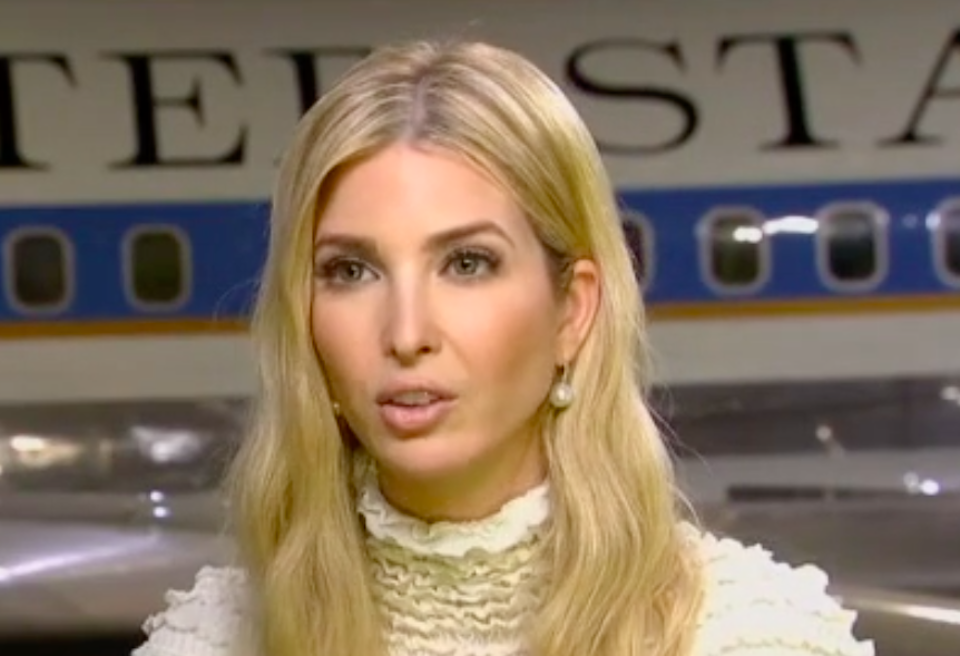 Ivanka Trump referred to food as an "investment" for families as she promoted Republican tax cuts for millionaires and billionaires — like herself.

Ivanka Trump believes that feeding children is an "investment" that families make, rather than a staple of basic human life.

Trump has been on the trail, pushing the tax plan formulated by her father's administration in concert with Republicans in Congress.

She said food — one of the basic elements humans need to live — was an "investment" parents make in their children, and compared the expense of feeding one's children to "after school activities [like] Mommy and Me classes."

TRUMP: Indeniably [sic] it's very expensive to raise children, and that's if you're a stay-at-home parent, who's investing in potentially after school activities, Mommy and Me classes, food and whatever it is that they think is the best investment to help their family and their children.

Polling since the details of the tax bill began to leak out have been dismal. It already has less support than the George W. Bush plan to privatize social security, an effort that was laughed out of Congress.

It is unclear why Donald Trump believes that his daughter — who grew up with tremendous privilege, exemplified by the position she holds as a top White House adviser because her dad is president — is a good salesperson for it.

Ivanka stands to benefit in a significant way from the tax scam if it becomes law. Her taxes, along with the taxes of the wealthiest Americans like her, would be cut while middle-class taxes go up.

Also, the legislation calls for the elimination of the estate tax, which only applies to 0.2 percent of the wealthiest estates. One analysis said Trump would take home $4 billion, along with her brothers and sisters.

That would certainly buy a lot of food. Purely as an "investment," of course.