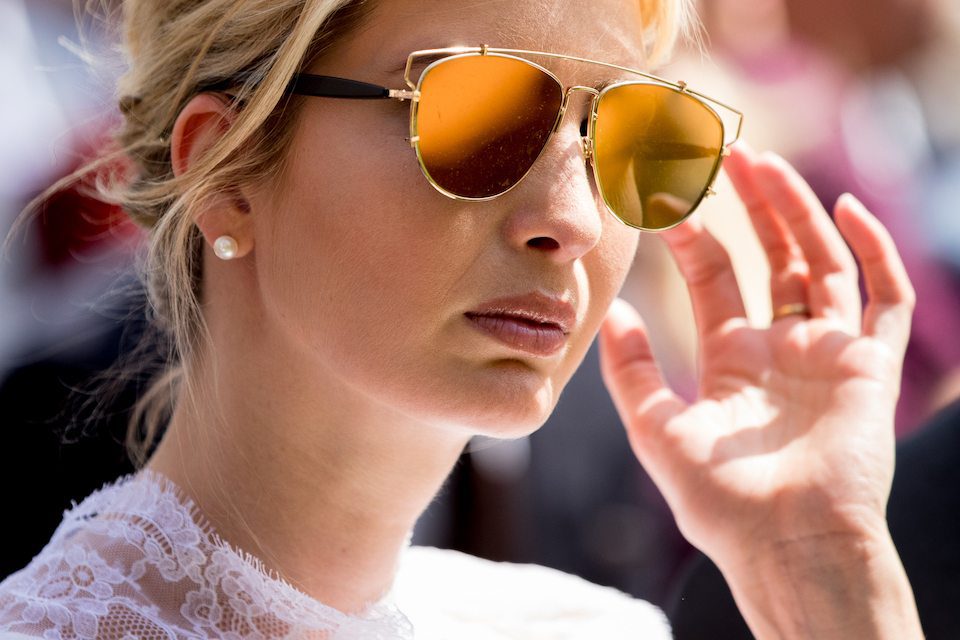 She has the potential to reach millions in an instant, but Ivanka Trump has maintained silence.

In the 75 days since the Trump administration announced they would break up families crossing at the border, Ivanka Trump has remained completely silent on the issue.

On social media she has the potential to reach at least 18.5 million people in an instant. They could be mobilized to advocate for these families in a moment.

But she has done nothing.

Reportedly she has told her father that destroying families looks bad. Yet she hasn't lifted a finger in public to stop it.

Attorney General Jeff Sessions announced the departure from previous administrations on April 6. That was when U.S. attorney's offices were ordered to make criminal charges in all border crossings.

Doing so triggered family separation, and at least 2,000 children have been taken from their families since.

In all that time, Ivanka Trump has remained silent. She has not used her position, either as a senior adviser to the president or as Donald Trump's eldest child, to make a public statement about the attack on thousands of families.

Her public relations team has pounded away at the idea that Ivanka Trump is a "moderating" influence on the Trump administration. But again and again, when Trump has indulged in the most destructive and cruel conservative approaches, she has been complicit.

Additionally, she has the ability to command international attention from thousands of media outlets.

Despite this, she has not used her bully pulpit to advocate for desperate immigrant families or to even mildly criticize her father's destructive policies.

Instead she celebrated Father's Day without a word about the mothers and fathers who are having their children taken away.

She wrote about "affordable, accessible" child care, without a word about the infants who now are without their parents to take care of them.

But she wants credit for opposing the policy anyway. On her behalf, the White House public relations machine is trying to spin the horrific story in the news in her favor.

One way to a legislative solution would be to use her significant platform and visibility to rally the public to help. She hasn't done so.

CNN reports that she "hates the family separation issue and doesn't want it to occur," a sentiment which appears to have reached the news network via her taxpayer-financed public relations liaison.

Donald Trump has even cited his daughter's phantom opposition to the policy in discussions with legislators. Rep. Carlos Curbelo (R-FL) told CNN that Trump "mentioned that his daughter Ivanka had encouraged him to end this."

But that just furthers Trump's dishonest campaign of pretending that he didn't put the harsh new policy in place and that he could end it on his own. Even members of his own party have publicly admitted this.

Citing his daughter's supposed opposition is a smokescreen and constitutes another round of dishonesty in the administration.

Her public silence is effectively encouragement from one of his henchmen — one related to him by blood.

If she truly opposes family separation, there is nothing preventing her from communicating that perspective to millions of people in an instant.

Ivanka Trump has chosen not to. She continues to be complicit in her father's racist crusade.