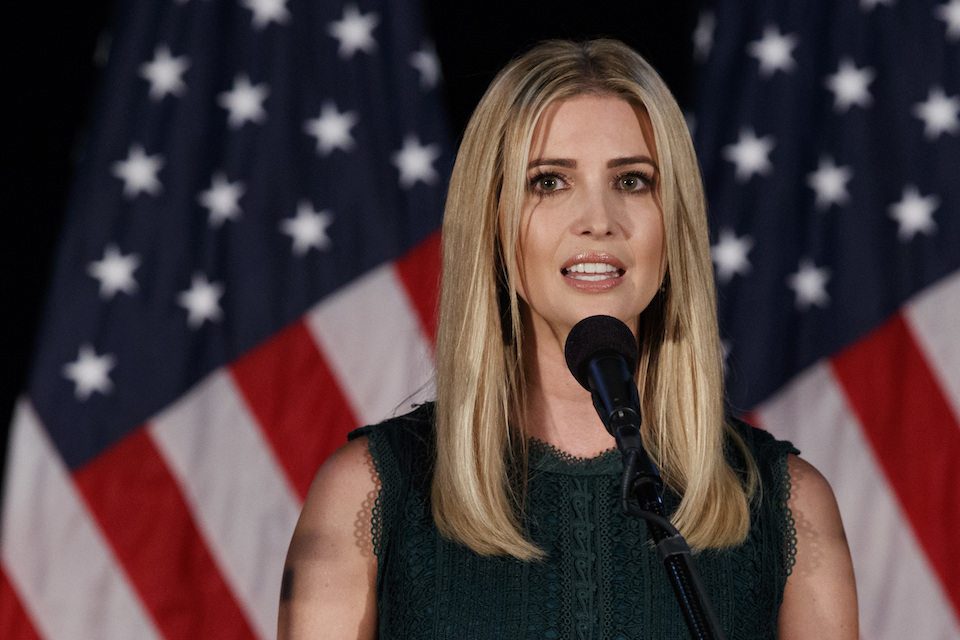 Ivanka Trump may have a role in the Russia scandal ensnaring her father's presidency, and a Democratic congressman is demanding to know if she misled America like her husband did.

Ivanka Trump may have broken the law by submitting government documents that omitted the same key information about Trump campaign contacts with Russia that her husband, Jared Kushner, is now under fire for.

Kushner omitted multiple contacts with Russian operatives when he submitted the paperwork to receive a security clearance when he joined his father-in-law's administration. Now questions are being raised about what Ivanka Trump disclosed on those same forms when she became an aide to her father.

Rep. Don Beyer (D-VA) said in an interview with Politico that the issue is critical and must be resolved.

"We learned this week that Ivanka Trump’s husband, Jared Kushner, updated his filing of that form three times," Beyer said in "most recently to include the June 2016 meeting … Did Ivanka Trump disclose that meeting on her initial SF-86 filing?"

He further asked, "Has she updated her security clearance paperwork to reflect this and other meetings which Jared Kushner failed to disclose subsequently?"

On Twitter, Beyer pointed out that the form specifically indicates that foreign contacts by spouses should be noted, and that "Ivanka Trump's spouse is Jared Kushner."

The SF-86 requires declaration of all foreign contacts by the clearance holder "or your spouse." Ivanka Trump's spouse is Jared Kushner. 3/ pic.twitter.com/t7nxwrEqdC

"Ivanka Trump is an adviser to the President of the United States,"Beyer wrote. "We hold people in such a position to a very high standard."

Ivanka received top security clearance for her White House position, and as CNN noted, the job puts her "at the center of his administration."

As details of the clandestine meeting between Jared Kushner, Donald Trump Jr., Paul Manafort and multiple Russian operatives have emerged, Ivanka and Kushner conveniently left Washington for a conference with elite tech and media moguls in Sun Valley, Idaho.

The Daily Mail reported that Ivanka was networking with "billionaire friends" at the gathering and "hobnobbed with her new friends." CNN said the trip "annoyed at least a few folks back at the White House, who chafe at the way Jared and Ivanka leave town in times of crisis."

Jared Kushner and Ivanka Trump made the decision, upon joining the White House team, to not follow tradition and put in separation between themselves and their private business interests. Ethics experts said to do so would put them on the path toward "criminal prosecution."

Now working in tandem to cover up collusion with a foreign power by Donald Trump's campaign could open up yet another avenue leading towards serious consequences for the power duo.