Home National Ivanka Trump is painfully out of touch with the lives of everyday...
Support progressive journalism.
Donate today 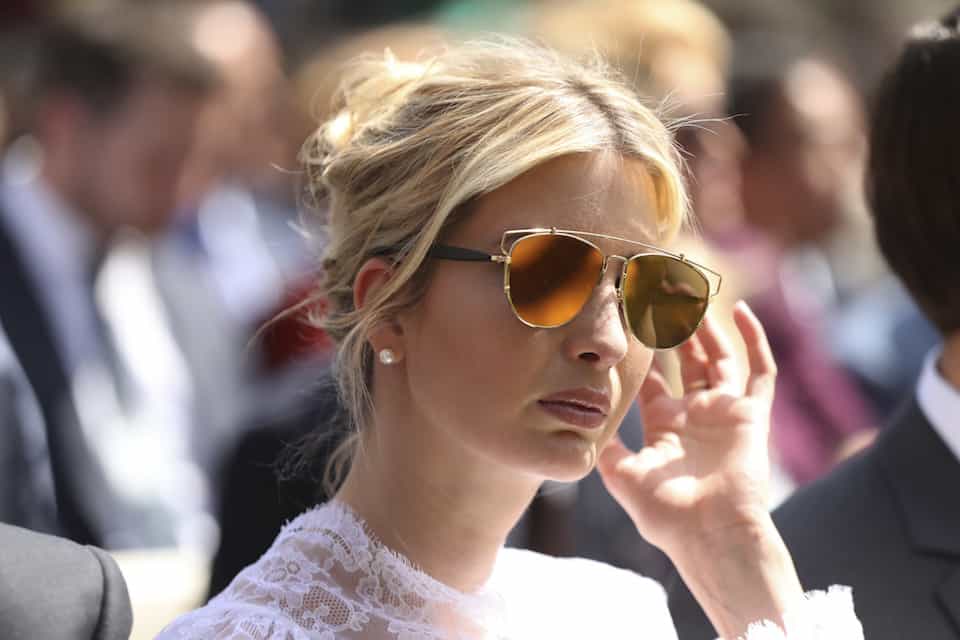 Ivanka Trump may try to portray herself as a champion for women and families, but her own words and actions show that she lacks even a basic understanding of the lives of working women.

Ivanka Trump is out with a new book, undoubtedly intended to humanize her by describing the struggles she faces as a working mom, like so many millions of mothers in America.

But recently released excerpts reveal her to be as out-of-touch with the lives and concerns of regular Americans as her father.

Of her life on the campaign trail, she writes, "During extremely high-capacity times, like during the campaign, I went into survival mode: I worked and I was with my family; I didn’t do much else."

But what she describes as "survival mode" is what the vast majority of Americans call simply "life." And the very next lines in the book make it clear that Trump is coming from a very different place:

Honestly, I wasn’t treating myself to a massage or making much time for self-care. I wish I could have awoken early to meditate for twenty minutes and I would have loved to catch up with the friends I hadn’t seen in three months, but there just wasn’t enough time in the day.

For Trump, "survival mode" is merely a temporary remove from a vastly privileged life, in which indulgences that most Americans rarely or never experience are simply everyday "self-care" — a lack of self-awareness, or awareness of others' reality, which is notably similar to her father's attitude.

Furthermore, while Trump has repeatedly stated her intention to be a voice for gender equality during her father's presidency, in practice her efforts are weak.

In a recent puff-piece interview in the New York Times, Trump credits her interest in gender issues to her "'Women Who Work' hashtag and marketing campaign she devised a few years ago to help sell $99 pumps and $150 dresses." The goal of the campaign was to reform "the outdated caricature of a 'working woman' — frazzled, androgynous and entirely one-note" — which, in itself, demonstrates a distinctly shallow and rather condescending view of the lives of every-day American women.

In keeping with that narrow view, Trump's company initially offered no benefits to employees. And when one employee asked about paid maternity leave, Trump told her that "I went back to work one week after having my child, so that’s just not something I’m used to" — displaying an utter lack of comprehension of the challenges the vast majority of American women, who lack Trump's level of personal wealth, face in obtaining quality, affordable child care when they want or need to return to work.

As if to prove the point, during brand development for her clothing line, internal testing revealed Trump was seen as "rich and unrelatable." To appeal to the mass market from whom she wanted to profit, Trump set about changing her public image to be less dramatically different from the brand identity.

According to Abigail Klem, president of the Ivanka Trump brand, a conscious and strategic decision was made to use photographs of Trump's children in an effort to make her more relatable as a mother. "We certainly had conversations about whether it was O.K. to put her kids on social media and we felt it was important to show who she was as a whole person."

However, in her book, Trump claims that the decision was an organic outgrowth of responses she received from posting an initial photo of her daughter on Instagram:

I didn’t want the first photo of my daughter to be sold to the press, so I posted an image myself on one of my social media accounts; after that, I began posting photos of our family more frequently.

I wasn’t expecting the overwhelming number of comments I received in response to these candid family snaps. So many people expressed surprise and relief that I was comfortable revealing a more private side of myself. ...

I realized that it might be helpful in changing the narrative—even in a small way—to, for example, debunk the superwoman myth by posting a photo that my husband candidly snapped of me digging in the garden with the kids in our backyard, my hair in a messy ponytail, dirt on my cheek.

Despite Trump's occasionally laudable words about women's rights, her father's administration is proving to be one of the most anti-woman White Houses in history, gutting funding for Planned Parenthood and eliminating former first lady Michelle Obama's global initiative to educate girls.

By actively working for father's destructive agenda, while claiming to be a champion for working women and families, Trump shows that she is not only out of touch with everyday Americans — she is also willfully covering up her father's anti-woman, anti-child, and anti-family policies.