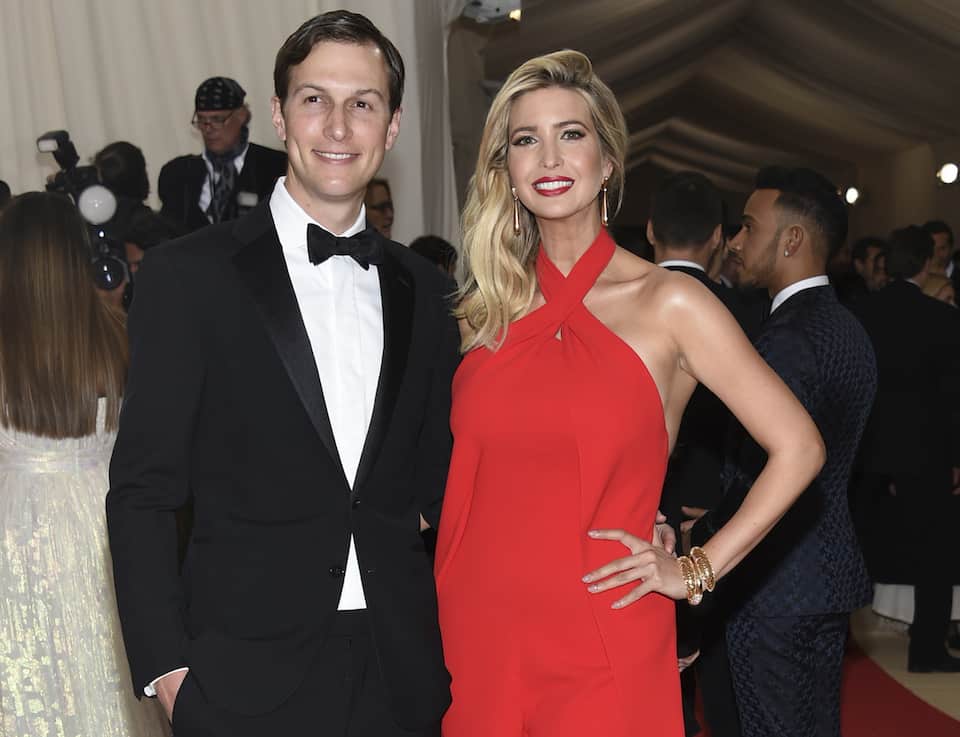 Donald Trump's daughter Ivanka and her husband Jared Kushner are on their way to "criminal prosecution" if they remain on their current unethical path in their respective White House jobs.

Donald Trump has brought on his eldest daughter and her husband as senior White House advisors, giving the multimillionaire couple access to the levers of power without putting in place traditional separations between their private and familial business interests and the affairs of the American state.

Writing in USA Today, Richard Painter, Norman Eisen, and Virginia Canter of the group Citizens for Ethics and Responsibility in Washington (CREW) note that if Jared Kushner and Ivanka Trump use their White House roles to enrich themselves, it "may expose the couple to criminal prosecution, and the White House and all of us to more Trump scandal."

The authors note that the couple "have so many potential conflicts of interest that if they abide by ethics laws and past White House practices, they won’t be able to advise the president on three of his top priorities: Trade, tax reform and Wall Street deregulation."

Kushner reportedly retains an interest in lenders and investors for his family business, including Goldman Sachs, the Blackstone Group, Deutsche Bank, Natixis (a French bank), and Bank Hapoalim (an Israeli bank). Both Kushner and Ivanka Trump, as his spouse, would need to recuse themselves from any issues regarding the financial services industry — including a proposed repeal of the Dodd-Frank law — due to these entangling connections.

The authors also note that the couple would have to stay out of tax reform issues, because so much of that topic would touch on the real estate industry, where they have active investment interests. And Ivanka Trump's clothing company and ownership of Chinese trademarks (currently pending) also means she should recuse herself from the complex and crucial issues connected to trade negotiations with China.

There are many other undisclosed investors and holdings that could come into conflict with other issues the White House may tackle in the near future. But like Donald Trump, Ivanka Trump and Kushner refuse to put their assets in a blind trust, so their drive to be a part of the Trump White House opens up the floodgates of unethical entanglements, and all of their responses to these concerns amount to "trust us."

But that is an absurd and unmerited request, from a group of people with a demonstrable track record of repeatedly blurring ethical lines in order to line their own pockets. But as they continue to ignore precedent and to entertain potential corruption, they may very well be doing themselves in.