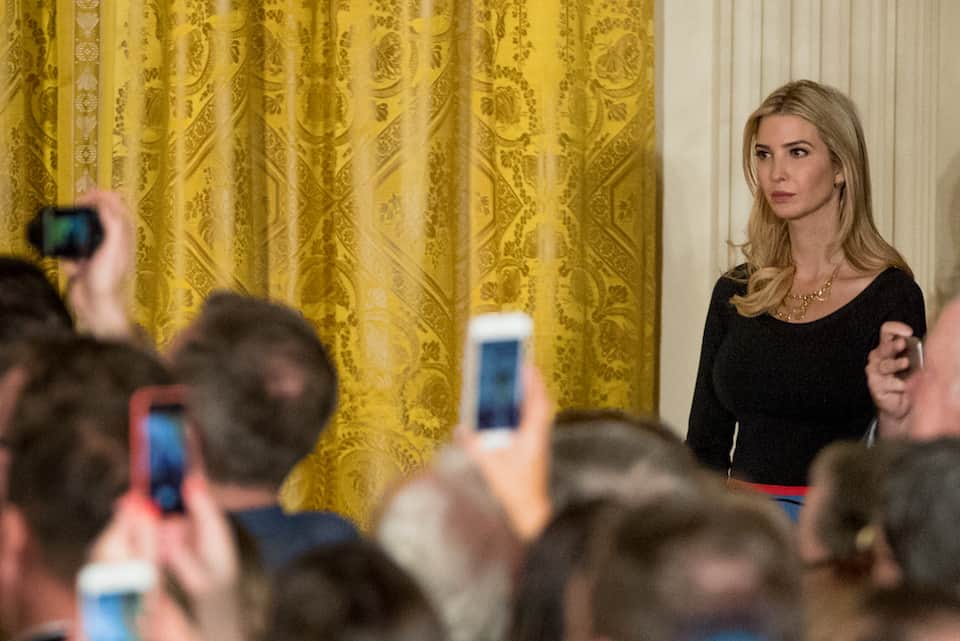 Ivanka Trump is getting a taxpayer-financed office in the White House while still running her company, shielded from government oversight into corruption.

Donald Trump's eldest child Ivanka will be moving into a taxpayer-financed office within the White House, while still effectively controlling her fashion company, all while shielded from government oversight into corruption and illegal activities.

Ivanka Trump will have an office in the West Wing, next to Trump senior adviser Dina Powell on that building's second floor. She will, at taxpayer expense, receive security clearance and a secure communications device.

Despite declining a government salary, as Politico notes, "In everything but name, Trump is settling in as what appears to be a full-time staffer in her father's administration, with a broad and growing portfolio."

Yet at the same time, she has refused to put her business interests into a blind trust, as others have done in the past when entering into government service. In this way, she is echoing the corrupt arrangement her father has embraced, declining to put a firewall between presidential work and private enrichment. As a result, Trump is already facing legal challenges to his advantageous arrangement.

Ivanka Trump is the only one who will be providing oversight of her role in her private business interests and as part of her father's administration. The arrangement, as currently constructed, allows her to "recuse herself from related White House business or veto a potential business deal for her company."

In other words, the American people have to trust Trump to do the right thing for the country and that's the end of that. Yet we have already seen ample evidence that Ivanka Trump has been complicit in giving cover to her father's extreme agenda, and while he pays lip service to keeping jobs and work within the U.S., she was busy importing literal tons of Chinese made goods into the country.

At the same time, Ivanka Trump was caught promoting her jewelry that she wore in a TV appearance speaking about her father's political work, while legal filings on behalf of Melania Trump bragged that the family saw the presidency as a "once in a lifetime opportunity" to generate profits.

In a statement, Trump said, "I will voluntarily follow all of the ethics rules placed on government employees." But Norman L. Eisen, who served as chief ethics advisor in the Obama White House, told the New York Times, "There's no enforcement. If this is voluntary, what if she voluntarily decides not to do it?"

Once again, the Trump family is setting themselves up for a windfall, in a deal financed by outside interests – in this case the American taxpayer. There is very little downside for the family, while the potential for abuse is nearly unlimited. Like her father, Ivanka Trump says the country just has to put its blind trust in her to do the right thing. But her and her family's track record show that doing so is a sucker's bet.