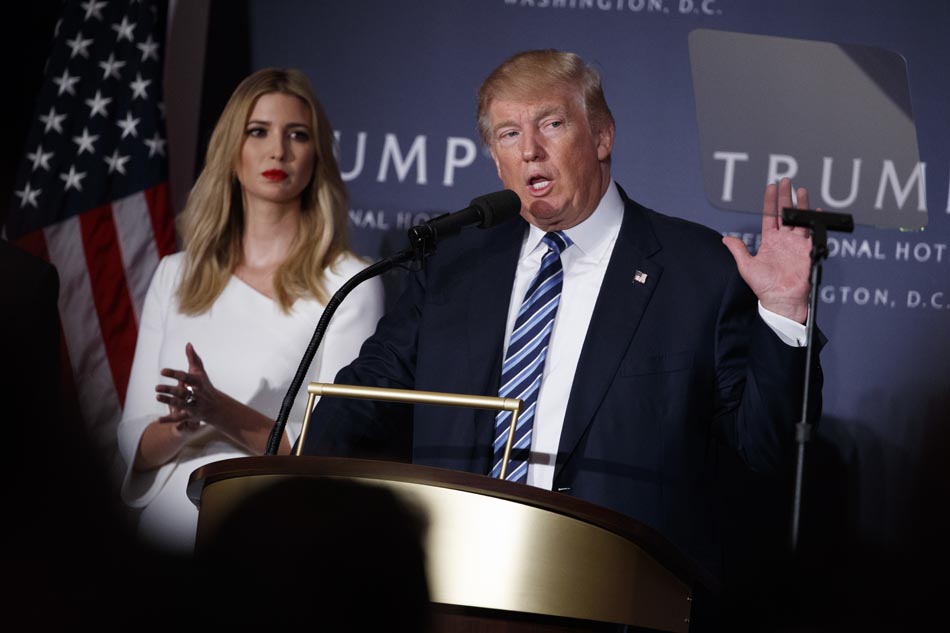 Ivanka Trump is the "moderating" influence on her father, at least according to the masterful PR strategy deployed on her behalf. The reality, though, is that during Donald Trump's first four months in office, his has been an extremist agenda that shows no evidence of moderation whatsoever, from his daughter or anyone else.

Ivanka Trump cares about climate change. Sort of. At least, that is what she would have us believe. Climate change, vague notions of "women's empowerment," and other causes she suddenly discovered she cared about when her father was running for president.

But it seems that Donald Trump does not much care for his daughter's concern about climate change. Not enough to remain a member in the Paris climate accord, in which only two other countries — Nicaragua and Syria — have refused to participate.

As Axios noted when it broke the story, this move "is the biggest thing Trump could do to unravel Obama's climate legacy." That is not a surprise, considering that Trump has rather methodically sought to undermine the legacy of his predecessor, on everything from health care to civil rights to nutrition programs for children.

Trump has long been a critic of the idea — supported nearly unanimously by every scientist in the world — that climate change is real and affected by human actions. He has, at various times, insisted it is a hoax invented by the Chinese:

The concept of global warming was created by and for the Chinese in order to make U.S. manufacturing non-competitive.

Trump's decision to withdraw from the accord also, Axios points out, "sends a combative signal to the rest of the world that America doesn't prioritize climate change and threatens to unravel the ambition of the entire deal."

Given the humiliating failure of Trump's first international trip as president, during which he praised dictators and insulted our allies, extending yet another metaphorical middle finger to the global community is certainly not a sign that Trump understands the gravity of his decision or the damage it will do to relationships with the rest of the world — as well as to the planet.

Meanwhile, Trump's daughter's PR team is trying to promote the message that she at least tried to persuade her father to remain a member of the accord. Earlier in May, the AP reported that Trump had "allowed his daughter ... to set up an extensive review process." While the specific findings of that review process are unknown, it clearly was not sufficient to persuade the president to remain a member of the global climate change deal.

The New York Times reports merely that she "has warned in private that leaving the pact could lead to diplomatic blowback."

Unfortunately for the United States and the world, Ivanka's supposed private warnings to her father seem to have fallen on deaf ears as Trump once again chooses the path most guaranteed to further alienate America from its friends and allies.