Home National I've worked for both Clintons and Trump is playing with fire assailing...
Progressive journalism is under attack. Please help us fight back!
DONATE 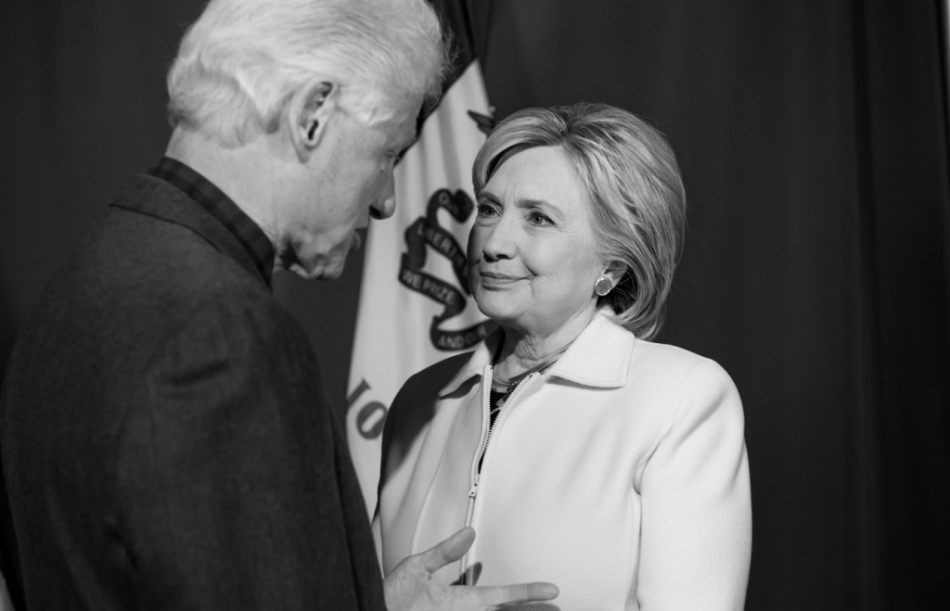 [Updated 10/9/16] Donald Trump's strategy of assailing Hillary and Bill Clinton's marriage is both sleazy and politically self-destructive. Flinging mud at your opponent's spouse to deflect from your own disgraces doesn't sit well with voters.

During the 2016 primaries, when Donald Trump began teasing his promised assault on the Clinton marriage, I wrote about my experience in Clinton world and why I believed his attacks would fail. Now, as his campaign shows signs of imploding, Trump and his band of Clinton dirt-merchants (Roger Stone, David Bossie, Roger Ailes, Newt Gingrich, Sean Hannity, Rudy Giuliani, Stephen Bannon, etc.) are back at it.

To understand the fatal flaw in Trump's assumption that the Clinton marriage is a magic elixir for his ailing campaign, you first have to appreciate how different Hillary and Bill Clinton are from one another.

Over the past decade, I've worked for both of them — in her case as a digital strategist, in his case as a consultant to the Clinton Global Initiative. I've seen their personalities up close, each so exceptional and unique.

When I first met Bill Clinton in his Harlem office a decade ago (photo of a much younger me with the former president below), I was struck by his ability to improvise on any topic, to reel off statistics with enviable ease, peppering his impassioned views with a staggering array of facts and figures. Bill Clinton is a man whose political brain never stops working, who has the same exuberance about the intricacies of policy today as he did 20, 30 and 40 years ago. His driving impulse is to engage other minds, to simplify the complex and share what he knows with the world.

Hillary Clinton, by contrast, is the consummate listener, absorbing details at a granular level and processing them through a lens of uncommon empathy and understanding. I've recounted this story before and I'll do it again here to illustrate my point:

On a Sunday morning ten years ago, a week after I joined her team, there were reports of trouble in Lebanon (where I grew up). When my phone rang early that morning, I answered groggily, not sure who was calling. It wasn’t a family member or a friend; it was Hillary, calling to make sure my relatives were OK. We spoke briefly and I hung up, stunned at the thoughtfulness of someone I had met only a week before. In every encounter with Hillary since then, personal or professional, the same person who called me that morning shines through.

In their personalities and their political careers, Hillary and Bill Clinton are profoundly different people, each brilliant and gifted individuals in their own right. The American people understand that intuitively. Trump's attempt to conflate them is a dangerously flawed political calculus that will backfire badly.

Really? The last time the country fixated on Clinton marriage, her favorables shot up to 66% https://t.co/7PssycO4Fv https://t.co/TVkfY8ky0h

Voters know that Hillary Clinton is running for president in 2016. Her policies, positions, actions, achievements, values, and beliefs are being put before the American people, to be contrasted with those of Donald Trump.

The Clinton marriage and partnership has been the subject of tireless scrutiny over the decades, and when Trump lumps the Clintons together and attacks her for his actions, when he treats them as an inseparable unit, people can sense that he is doing it out of desperation. And no one likes a desperate candidate.

Furthermore, as my colleague Melissa McEwan points out: "When Trump treats Hillary and Bill Clinton as a single entity, it is not only a sign of a flailing candidate who is losing on policy; it is also yet another signal that he doesn't view married woman as distinct from our husbands. That never plays well with women."

Trump and his tricksters may believe they have no other choice in light of his defeat at the first debate, his sagging poll numbers, and the fallout from his repugnant comments about groping women.

When bullies get their comeuppance, they fight even dirtier.

Trump is calculating that dredging up the 90s is a viable attack strategy. He couldn't be more mistaken. Anderson Cooper asked Hillary about it months ago and she laughed heartily. It was a priceless and perfectly warranted response.

Hillary's confidence isn't a bluff, it is based on the sure knowledge that many a rightwing attack has crashed on the shores of her dignity:

Well, he’s not the first one, Anderson! I just can’t say this often enough: If he wants to go back to the playbook of the 1990s, if he wants to follow in the footsteps of those who have tried to knock me down and take me out of the political arena, I’m more than happy to have him do that.

Trump has mastered the language and mindset of the far right. Some have joked that he is like a walking comments section, echoing the bigotry, misogyny, and strident bluster that infest rightwing online communities. But there is a risk in believing that rightwing extremism is a smart general election strategy.

Going after Hillary's personal pain, using the low moments in her private life to score cheap political points, will only strengthen her bond with supporters and raise the ire of undecided voters.

One angle Trump and his cohorts are testing is to accuse Hillary of being an "enabler." There is no evidence to support that ugly talking point. She went through a terribly difficult period in her marriage and kept it together. All in the public eye. She kept working, living, caring. She kept being herself. She did what any one of us would hope to do in the circumstances. She worked through the hardship and came out stronger. If Trump and his unscrupulous operatives think that's a weakness, they are grossly miscalculating. And they will pay the price.

Another strategy is to accuse Hillary of taking the lead in attacking women, something Rudy Giuliani did on CNN's State of the Union:

Jake Tapper questioned the evidence for that accusation and Giuliani began obfuscating.

No matter how hard they try, Trump and his surrogates cannot distract from his glaring weaknesses by smearing Hillary for how she dealt with marital difficulties. When voters hear Trump condoning grabbing a woman by the genitals, they know it's a transgression of a different magnitude.

Complicating Trump's attack further is the fact that in 1999 he praised the way Hillary handled that period in her life, saying, "she's been through more than any woman should have to bear."

When Hillary, battling pneumonia, stumbled after attending a 9/11 ceremony, I went out on a limb and argued that the episode put questions about her health to rest. I took a lot of heat for that counter-intuitive position, but my analysis has borne out. Americans don't like the spectacle of a person being kicked when they're down. They didn't like it when Hillary was fighting off a bad virus and they won't like it if Trump assails a rough patch in her marriage.

If he insists on doing it, I wish him good luck trying. It will only bolster her supporters' resolve.