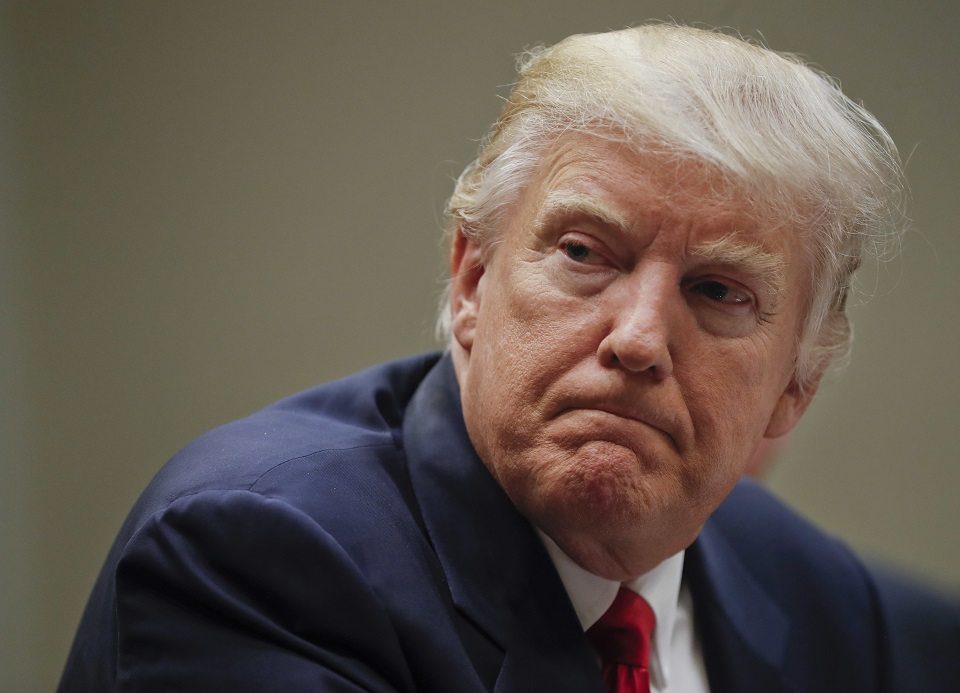 One of the key themes to emerge from the Senate Judiciary Committee's hearing on oversight of the FBI was the absolute necessity of an independent investigation into the Trump campaign's possible collusion with Russia, a case that FBI Director James Comey inadvertently made in powerful fashion.

The Trump/Russia investigation was a central subject of the Senate Judiciary Committee's hearing on oversight of the FBI, at which FBI Director James Comey testified for several hours.

While Republicans tried to deflect attention away from the FBI's ongoing investigation into possible coordination between Donald Trump's campaign and the Russians, Democrats uncovered key information, and highlighted the need for an independent investigation by a special prosecutor.

Democrats were aided in the latter effort, albeit reluctantly, by Comey himself.

Early in the hearing, Senator Amy Klobuchar asked Comey if he would fully brief the Senate and House intelligence committees on the results of the FBI's Trump/Russia investigation, and Comey responded that he would only do so if given permission by DOJ:

KLOBUCHAR: I know that you cannot discuss that ongoing investigation. But just one question to clarify, will you commit to ensuring that the relevant Congressional committees receive a full and timely briefing on that investigations findings.

COMEY: In general I can, Senator, I need Department of Justice approval to brief on particular people that we’re investigating. We’ve briefed the chairs and the rankings, including of this committee, on who we have cases open on and exactly what we’re doing and how we’re using various sources of information. I don’t know whether the Department will approve that for the entire intelligence committees, but I’ll lean as far forward as I can.

Klobuchar then noted that Attorney General Sessions is recused from the investigation, and Deputy Attorney General Rod Rosenstein is next in line, and asked "Do you go to him then to get that approval?"

Comey responded that Rosenstein "would be the person to make that decision."

The subject of this clear conflict came up several more times, including when Sen. Mazie Hirono (D-HI) asked Comey if the Justice Department could halt an FBI investigation, to which Comey replied "In theory, yes."

But that conflict was highlighted most glaringly when Senator Richard Blumenthal (D-CT) asked Comey if he would inform the committee if the Trump White House were not cooperating with the FBI. Comey replied, "I won't commit to that," which raised the question that further proves the necessity for a special prosecutor:

BLUMENTHAL: Would you tell this committee if there is a lack of cooperation on the part of White House?

COMEY: I won't commit to that.

BLUMENTHAL: Isn't there, again, another reason for there to be a special prosecutor, because who would you complain to, the deputy attorney general? If there were a lack of cooperation on the part of the Trump White House?

COMEY: If there was a challenge, with any investigation, that I couldn't resolve at the working level, I would elevate it to the deputy attorney general, or whoever was in charge of it.

BLUMENTHAL: But the deputy attorney general is appointed by the president. Correct?

BLUMENTHAL: Isn't that an inherent conflict of interest?

COMEY: It's a consideration, but also, the nature of the person in the role is also a very important consideration. I think we're lucky to have somebody who thinks about the justice system the very similarly to the way I do, and Pat Fitzgerald [special prosecutor who was appointed to investigate the leak of CIA agent Valerie Plame's identity] does, and to the way you do.

BLUMENTHAL: And let me ask you, again, to just clarify a question that Senator Hirono asked. The career prosecutors so far involved are in the national security division in main justice, and the Eastern District of Virginia, United States attorney's office, correct?

BLUMENTHAL: But the decision about prosecuting would be made by their boss, I think is the word you used, correct?

BLUMENTHAL: And that would probably be, right now, the deputy attorney general, correct?

COMEY: Correct. In a matter of complexity and significance, the ultimate decision in practice is almost always made at the highest level in the department which would be Rod Rosenstein.

Despite Comey's professed faith in Rosenstein, who has refused to commit to an independent investigation, this testimony unquestionably proves the necessity of a special prosecutor.

In short, Comey has declared that he will not brief the intelligence committees without permission from the Trump-appointed deputy attorney general; that he will not inform them if Trump's White House refuses to cooperate; and that the decision to prosecute will ultimately rest in a Trump appointee's hands.

Comey may be fine with that, but the American people are not.