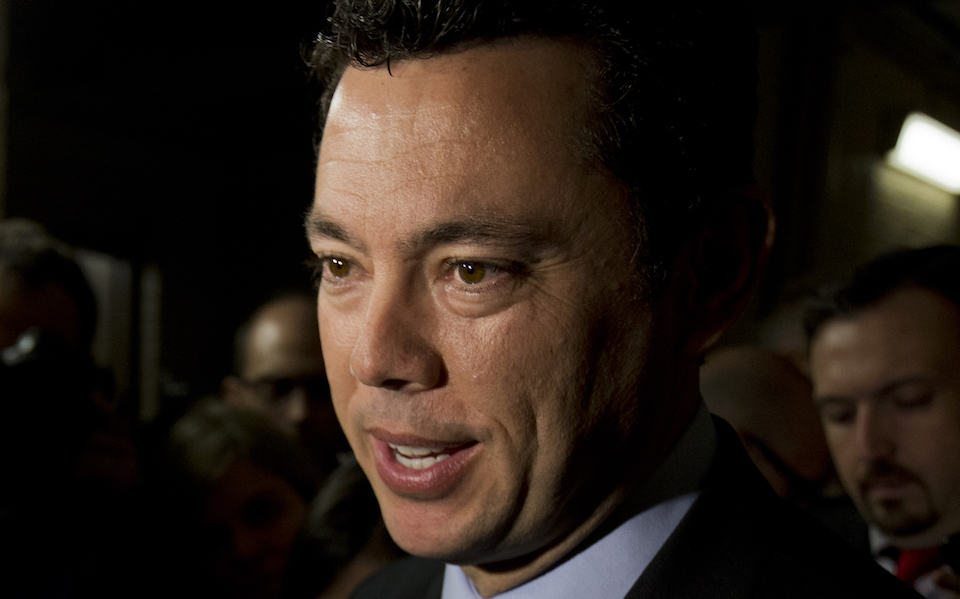 Rep. Jason Chaffetz is resigning from Congress, but the impact of his overt partisanship will leave a damaging trace long after he's gone.

Rep. Jason Chaffetz (R-UT) is leaving Congress, possibly for a job at Fox News. If the rumors are true, his history of partisan attacks and skullduggery will be a perfect fit at the right-wing propaganda network.

In a letter to his constituents, he announced his intention to resign, effective June 30. He explained that his "life has undergone some big changes over the last 18 months" and "it now seems the right time to turn the page."

Chaffetz has been the chairman of the House Oversight Committee, a position he used to promote sinister theories about Hillary Clinton's emails, including a tweet days before the election that claimed the FBI's investigation had been "re-opened."

When it appeared likely that Clinton would win the election, Chaffetz bragged that he would use his committee to attack her, telling The Washington Post, "We've got two years' worth of material already lined up."

He also showed the shallowness of certain convictions, turning on a dime by first announcing, "I can no longer in good conscience endorse this person for president" when the tape of Donald Trump bragging about sexual assault emerged, then declaring only 19 days later that he would, in fact, vote for Trump.

Even after the election, Chaffetz continued to pursue the Clinton email issue, sending a letter to the Attorney General asking for charges against the technician who set up Clinton's email server.

In contrast, Chaffetz easily brushed off the deepening issue of Trump's use of the presidency, along with his family and underlings, to further personal profit in a corrupt manner. Chaffetz told The Atlantic he was unmotivated to look into Trump because, "He's already rich. He's very rich. I don't think that he ran for this office to line his pockets even more. I just don’t see it like that."

Chaffetz was also part of the Republican attempt to deflect the attention of ongoing probes into Russian collaboration with the Trump team.

After National Security Adviser Michael Flynn was forced out because he lied about communicating with Russia, Chaffetz refused to investigate the issue, and told reporters the situation was "taking care of itself." Instead, he sought to initiate an inquiry into leaks to the press, parroting Trump's tweets complaining about "illegal leaks."

It was not until he announced he was leaving Congress and a mountain of stories about Trump's behavior had emerged that Chaffetz began to express some concerns. As the political winds shifted, so did Chaffetz, but his destructive legacy will remain.