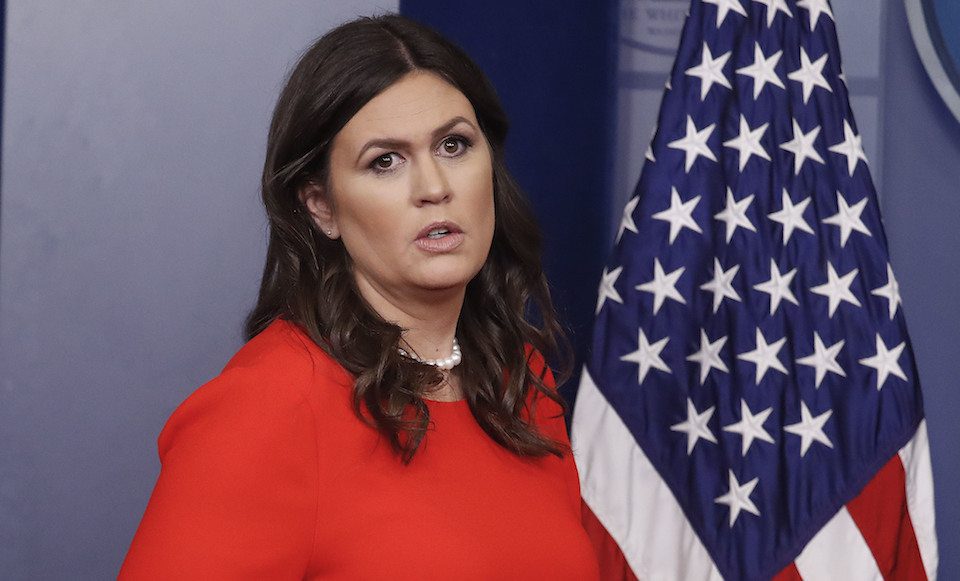 Donald Trump has ignored the death of four U.S. troops killed in action nearly two weeks ago. And now the White House is lying about it.

Donald Trump was finally called out for ignoring the deaths of four U.S. troops killed in an ISIS ambush nearly two weeks ago, and his defense was appalling.

Trump has not even issued a single tweet acknowledging the deaths or sending condolences to the families of the fallen, and when a reporter asked him on Monday if he had any intention of doing so, Trump made pathetic excuses wrapped in outright lies about President Barack Obama.

Now his White House is trying to spin his lies for him.

That is absolutely not true, as a number of former aides to Obama immediately made clear. So Trump's press secretary, Sarah Huckabee Sanders, tried to clean up Trump's lies for him:

Statement from @PressSec: President Trump is correct because previous presidents did not call *every* family of fallen service members. pic.twitter.com/KLOfDGLZvZ

Trump was clearly not stating a fact. He was simply making up an accusation about Obama, as he has done for many years, to try to make himself look better.

Ben Rhodes, a foreign policy adviser to Obama, said Trump's statement that Obama did not call families of fallen troops was an "outrageous and disrespectful lie."

Neither of them said their boss called every family. That was yet another lie from the White House to try to cover up Trump's original lie.

The truth is that Trump has no good excuse for ignoring the deaths of troops killed in action. He has never shown an ounce of empathy for anyone. His suggestion that he needs to wait two weeks to contact their families because of how hard those calls are for him is simply not believable — and grossly insulting to the grieving families.

Trump frequently lashes out at Obama to suggest that he is somehow doing a better job. It is always petty, jealous, and often harmful for the American people. To do so while defending his callous dismissal of the four who died in Niger is reprehensible and unpresidential.