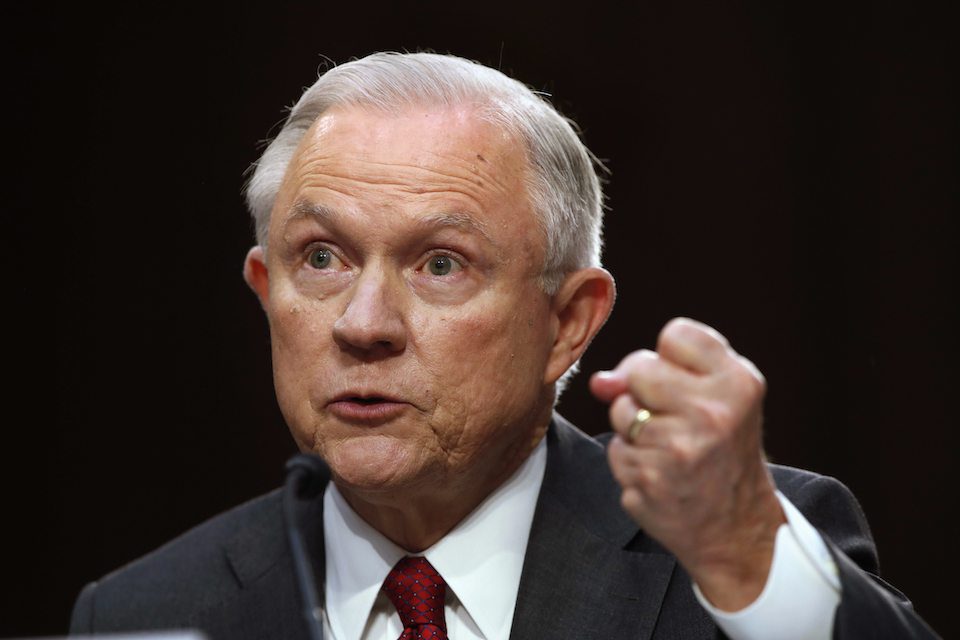 Over-the-counter headache meds are not always the answer to illness and pain.

Donald Trumps response to the opioid crisis was horrifically incompetent from the start and has not improved. With White House counselor Kellyanne Conway taking a lead role and sidelining medical experts, even some Republican senators are dissatisfied.

But Conway is not the only problem. Attorney General Jeff Sessions, who is responsible for the law enforcement side of the issue, has neither empathy for opioid-addicted Americans nor any understanding of their medical challenges.

This week, Sessions gave a speech to the U.S. Attorneys Office in Tampa, and as seen on footage obtained by the Tampa Bay Times, he made an eyebrow-raising proposal to end the opioid problem.

I am operating on the assumption that this country prescribes too many opioids, Sessions said. I mean, people need to take some aspirin sometimes and tough it out.

While it is true the opioid epidemic partly began with pharmaceutical companies aggressively marketing opioids beyond their medical necessity, forcing terminal cancer patients or car accident victims to just take some aspirin and tough it out is a clueless and callous idea.

Not only is Sessions minimizing the crippling agony many opioid users have gone through, but he does not seem to understand a major structural cause of the opioid epidemic: that many other treatments for chronic pain, like physical therapy, are only available to affluent people and communities.

The reason the opioid crisis has disproportionately hit places like rural Kentucky and West Virginia is that these places are too poor to fund any other kind of pain treatment. They will need federal funding and support to properly fix this, not aspirin.

In an even deeper irony, some studies suggest one of the cheapest ways states have reduced opioid addiction is to legalize marijuana. But Sessions, a hardliner who is urging federal prosecutors to override state legalization, refuses to accept the evidence.

On the contrary, at another talk at the Heritage Foundation this week, in which Sessions also suggested chronic pain patients take a couple of Bufferin and go to bed, he brought up the gateway drug myth. We think a lot of this is starting with marijuana and other drugs too.

Sessions has boiled chronic pain, addiction, and the socioeconomic structures that exacerbate it down to matters of will and choice. As long as that is his attitude, he will be of no use in addressing a crisis of public health.