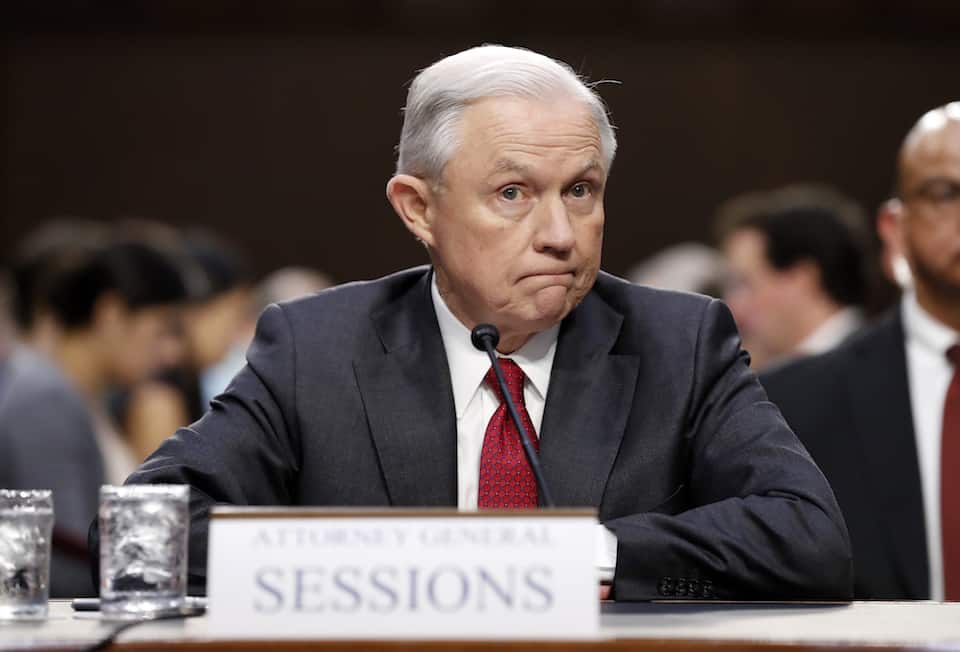 Donald Trump is waging all-out war on his attorney general, but Jeff Sessions has a new, horribly racist plan that just might put him back in Trump's good graces.

It's no secret that Donald Trump is very "disappointed" — that's the word he uses constantly — in his attorney general, Jeff Sessions.

While the two are ideologically aligned when it comes to blatantly racism, each with their own long history of discriminatory practices and rhetoric, Sessions is on the outs because of his failure to shut down investigations into the Trump campaign's collusion with Russia and Trump's subsequent obstruction of justice into that investigation.

But Sessions' Justice Department has a new plan that just might endear Sessions to Trump once more.

The New York Times reported Tuesday that the civil rights division's resources will be redirected "toward investigating and suing universities over affirmative action admissions policies deemed to discriminate against white applicants."

In other words, instead of investigating and enforcing actual civil rights, the DOJ will waste taxpayer dollars to tilt the scales even further in favor for white students.

It's a sickening idea that shows just how extreme this administration is in its bigotry. Trump's White House is filled with white nationalists, including Steve Bannon, Stephen Miller, and even Nazi-sympathizer Seb Gorka.

Sessions, meanwhile, was deemed unfit for the judiciary — in 1986 — because of his unapologetic racism as a U.S. attorney in Alabama. His record as a senator is not much better. He and Trump bonded in their shared virulence against immigrants.

While the details of the Justice Department's new plan to undermine affirmative action programs are not yet known, the idea that there is widespread discrimination against white students, putting them at a disadvantage against non-white students, is patently absurd.

Even the conservative-controlled Supreme Court upheld an affirmative action program at the University of Texas at Austin in 2016, after student Abigail Fisher sued the school for not admitting her, claiming she was discriminated against because of her white race.

Trump for president on a platform of overt racism. It's the reason his base voted for him. It's the reason other racists, like Sessions, joined his campaign, believing that with Trump, they could finally institute the kinds of laws and policies that would benefit white Americans.

Now the Justice Department will apparently abandon those marginalized Americans who really do suffer discrimination, in order to offer even more privilege and protection to those who do not.

It's a horrible, horrifying plan — but it just might save Sessions' job by reminding Trump of their ultimate shared goals.