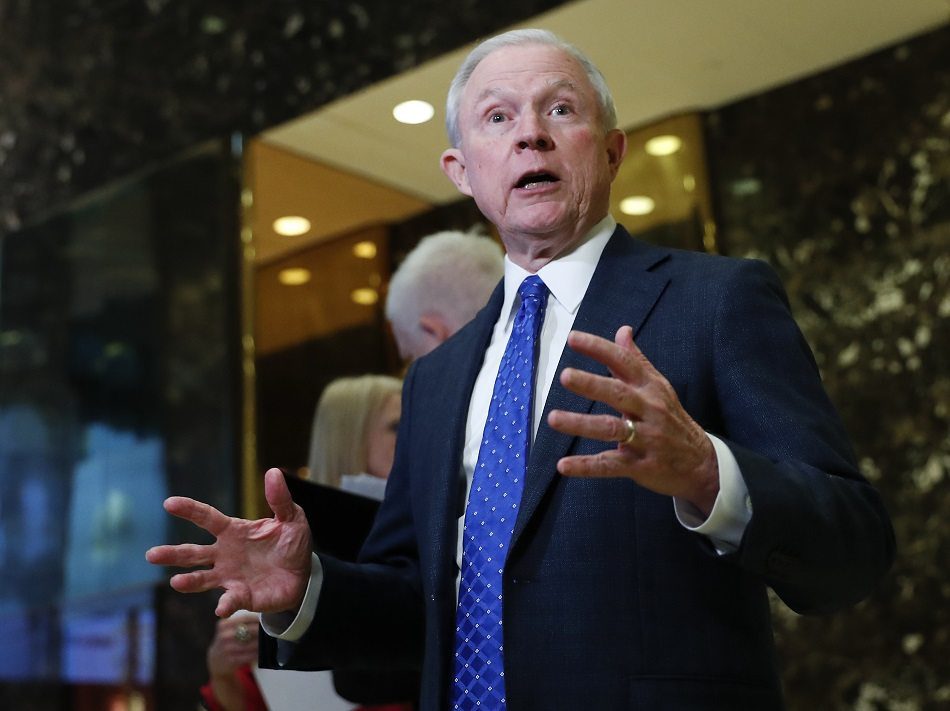 Former Attorney General Jeff Sessions said Monday it was "unthinkable" that the whistleblower who raised concerns about Donald Trump's efforts to pressure Ukraine should be allowed to remain anonymous, despite the threats against their life.

"It's unthinkable that a witness who pretends to have information that would impeach a president can be secret," he told Fox News. "Of course, that person eventually would have to be made public and asking for that is not harassment or not kind of threatening a witness, that's for sure."

Attorneys for the whistleblower, who flagged concerns through the proper channels earlier this year about Trump's July 25 call with Ukrainian President Volodymyr Zelenskiy, say both themselves and their client have received death threats since filing the complaint in August. Trump himself has suggested on more than one occasion that the whistleblower is a traitor who should be executed.

Much of the whistleblower's complaint, made public in September, has been corroborated by officials testifying before the House intelligence committee as part of a wider impeachment inquiry into Trump's behavior with regard to Ukraine.

Additionally, multiple officials, including acting White House chief of staff Mick Mulvaney, have said Trump withheld crucial aid to Ukraine to secure investigations into his opponents, though Mulvaney later tried to walk back his statement.

Sessions on Monday dismissed the growing body of evidence against Trump, comparing it to the nearly two-year long Russia probe, which he painted as a baseless conspiracy.

"The pattern has been that the news reports and the allegations were not born out when new evidence came out. That happened throughout the Russia collusion matter. And it looks like it's happening again," he said. "I truly believe it's not close to impeachment."

Special counsel Robert Mueller in fact concluded in his 400-plus page final report, released this past spring, that Trump and his associates had extensive ties to Russia, which worked throughout the 2016 election to boost Trump's bid for the White House, corroborating many of the media reports on the matter.

The report also outlined at least 10 instances of possible obstruction by Trump, though Mueller ultimately declined to refer any indictments against Trump, citing standing Justice Department policy, which says that sitting presidents cannot be charged with a crime.

Sessions has previously presented himself as a staunch defender of government whisteblowers and said they should be protected from retaliation.

During his confirmation hearing to be attorney general back in January 2017, Sen. Chuck Grassley (R-IA) asked Sessions to encourage whistleblowers, to listen to them, and to defend them.

Sessions readily agreed, telling his longtime colleague "it is not acceptable to retaliate against a whistleblower."

"Some have been known to be cranks, as you indicated, but you cannot effectively manage this government without good citizens and good employees speaking up when they see wrongdoing," he said.

He praised Grassley for having a "reputation as someone willing to receive that information and act on it and then defend the individual who had the courage to come forward," adding, "We need more of that in this government."

A year later, however, long after he was confirmed, Sessions wrote Grassley a January 2018 memo, in which he undermined the right of government employees to alert Congress to concerns about wrongdoing in the executive branch.

Sessions announced earlier this month that he will seek to regain the Senate seat he held from 1997 to 2017. On Monday, he echoed demands from others in his party that whoever raised concerns about Trump's Ukraine scandal come forward and be identified.