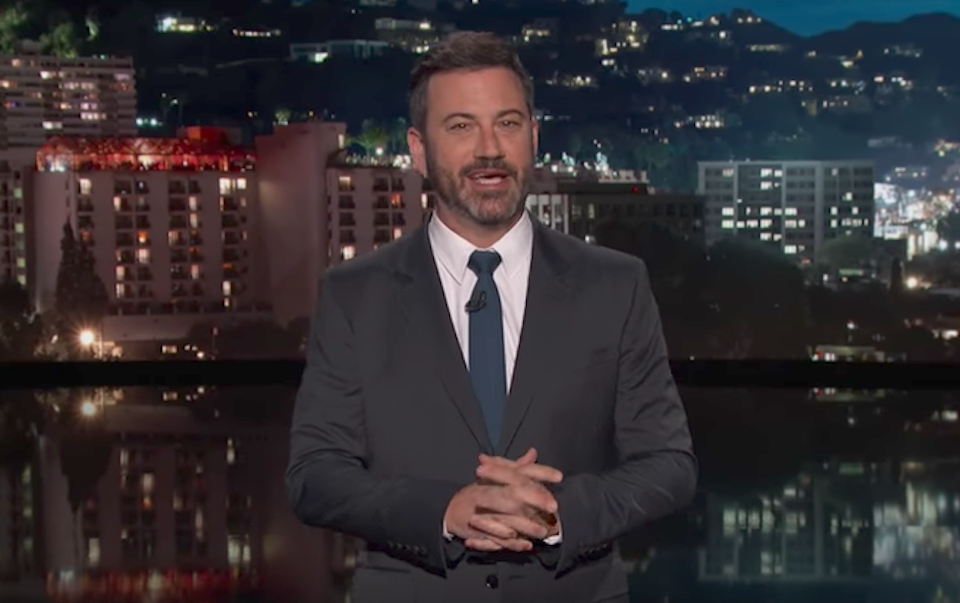 Late-night host Jimmy Kimmel called out the GOP and its atrocious health care bill and was rewarded with more viewers.

Note to pop culture players: Standing up to Donald Trump is good for business.

Joining the NFL, which racked up a big TV ratings weekend after Trump picked a free-speech fight with the league, late-night host Jimmy Kimmel kicked off the official start of the fall television season Monday night by grabbing the biggest audience among viewers in the key 18-49 demographic.

Kimmel’s leapfrog over competitors Stephen Colbert and Jimmy Fallon suggested that the ABC host’s full-throated battle last week with Trump and Republicans over health care paid off handsomely, in two ways. Kimmel helped galvanize national opposition to the bill, which Republicans were forced to drop on Monday. And the host’s advocacy translated into more viewers.

Kimmel clearly struck a chord as he emerged as the entertainment industry’s face of the resistance to Republicans’ bill. His smart and witty health care monologues were one part teach-in, one part Trump smackdown.

Kimmel’s newborn son faced heart complications at birth this spring, which sparked the host’s advocacy. One of the reason’s his monologues kept going viral last week was because Republicans had tried to create a complete vacuum in terms of public debate about the looming vote that would forever change how health care in America.

Another reason Kimmel was forced to make this stand was because Republicans wouldn’t stop lying about what’s in their bill.

“I should not be the guy you go to for information on health care,” the host announced on last Thursday’s show. “And if these guys … would tell the truth for a change, I wouldn’t have to.”