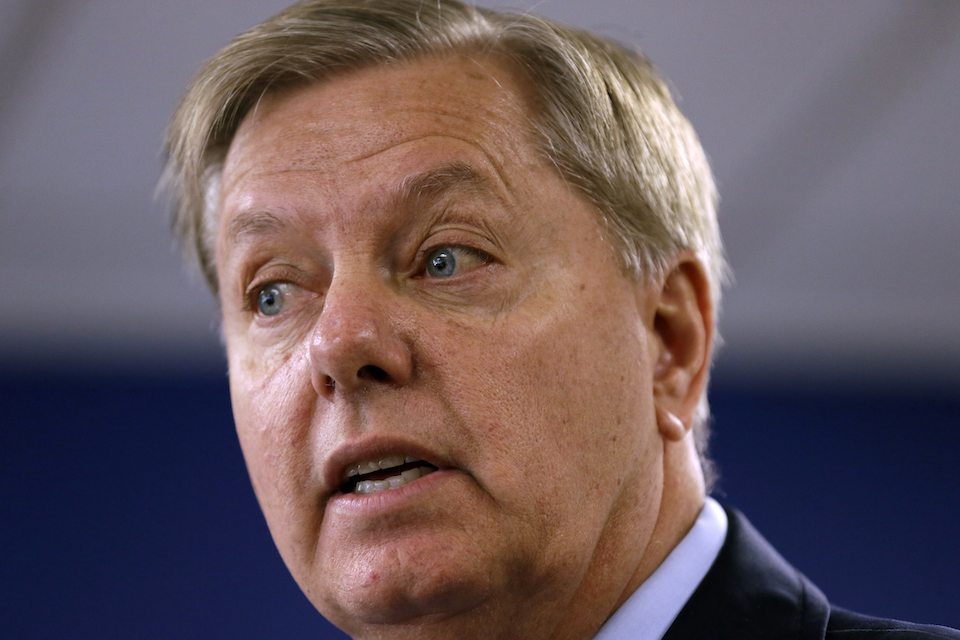 The Trump administration is acting as if Joe Biden didn't win the 2020 election, with help from Senate Republicans.

A handful of Senate Republicans said this week that Joe Biden should be able to access daily presidential intelligence briefings as he prepares to take office — but refused to acknowledge him as the president-elect. Most other GOP senators have not even gone that far.

Though every major media outlet determined on Saturday that Joe Biden had defeated Donald Trump in the 2020 presidential election, Trump has refused to concede, and his administration has blocked Biden from official support for his transition.

Until Emily Murphy, the administrator of the General Services Administration appointed by Trump, signs a letter of ascertainment officially recognizing the result of the election, Biden's team may not communicate with government agencies, access millions in transition funds, check security clearances for prospective hires, or coordinate calls with foreign leaders through the Department of State.

As Republican Sen. Ron Johnson of Wisconsin wrote in a letter in 2017, referring to a different transfer of power: "An incoming administration must be ready to govern on day one. Any threat to the close coordination between the transition and outgoing administration could create vulnerabilities to governance, readiness, and national security."

This time around, Johnson is singing a different tune, responding after a reporter asked him if he had congratulated Biden: "There's nothing to congratulate him about."

The American Independent Foundation reached out to the other 49 sitting Republican senators for comment. None immediately responded.

One of them, Pennsylvania Sen. Pat Toomey, told a local news outlet on Tuesday: "We're on a path it looks likely Joe Biden is going to be the next president of the United States. It's not 100% certain but it is quite likely. So I think a transition process ought to begin."

Toomey said that a second Trump administration was unlikely, but did not refer to Biden as the president-elect.

Another, Sen. Mike Rounds of South Dakota, said Tuesday: "Well, with regard to the transition itself — I think they should be able to work out any issue between them, to allow certain parts of it to move forward."

Several others have stopped short of acknowledging Biden's win or the need for an orderly transfer of power.

According to a roundup of reactions posted by CNN as of Thursday afternoon, Sens. Lindsey Graham of South Carolina, Chuck Grassley of Iowa, James Lankford of Oklahoma, Rob Portman of Ohio, Marco Rubio of Florida, and John Thune of South Dakota have all expressed their support for Biden receiving intelligence briefings — though some, like Graham, have also baselessly suggested that Republicans are being cheated out of winning the election.

Politico reported that Sen. Roy Blunt of Missouri agreed with them on Thursday, while John Cornyn of Texas said that even if Biden doesn't get the actual daily presidential intelligence briefing, "I think the information needs to be communicated in some way."

Hillary Clinton conceded Donald Trump's victory in the 2016 presidential race the day after the election, saying that Americans owed him "an open mind and a chance to lead." Barack Obama immediately began the process of ensuring a smooth transition, inviting Trump to the White House and saying, "My No. 1 priority in the next two months is to try to facilitate a transition that ensures our President-elect is successful."

As Trump continues to falsely claim that he won reelection, his followers are sticking with him. A poll earlier this week found that 70% of Republican voters do not believe the nation had a "free and fair" election.