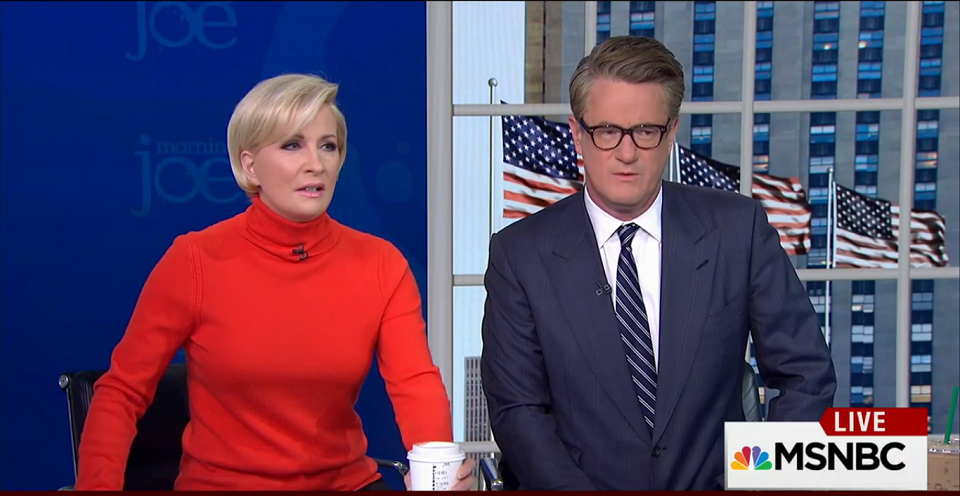 Better late than never, the Morning Joe crew is finally waking up to the reality of Donald Trump's presidency.

Recently, the Morning Joe gang declared their fear of the Donald Trump presidency which they helped to enable. After having acted as advisors to the Trump campaign and administration while reporting on "exclusives," reality seems to be setting in for the show's team.

Now, host Joe Scarborough has awakened to the central tenet of Trump's governing philosophy that many of us have been pointing out all along: Trump and other conservative Republicans want to gain control of all facets of the government in order to utterly wreck them from the inside out.

Scarborough was clear about his newly-developed assessment:

BRZEZINSKI: And he won't walk it back, which would end it.

SCARBOROUGH: — the FISA courts, you can go step-by-step-by-step. He basically trashed the entire government.

This might come as a surprise to Scarborough, but not to anyone else who has been paying attention to Trump. Here is how Trump himself described his desired outcome for the United States in an interview on Fox News in 2014:

TRUMP: You know what solves it? When the economy crashes, when the country goes to total hell and everything is a disaster. Then you’ll have a — you know, you’ll have riots to go back to where we used to be when we were great. But the fact is that it's not easy on Republicans, because you have a lot of people that like their lives right not without working.

Trump demonstrated his appetite for destruction immediately by naming a raft of cabinet secretaries whose main qualification for the jobs they sought was a desire to gut the agencies they would oversee. Since taking office, he has been on a campaign to undermine the very institutional fabric of the government over which he has been given control.

For Republicans to express shock over this development is laughable, not just because Trump has been telegraphing this all along, but because it is the natural final stage of a party that reveres a man who was most famous for voicing exactly this disdain for government itself:

In this present crisis, Government is not the solution to our problem — government is the problem.