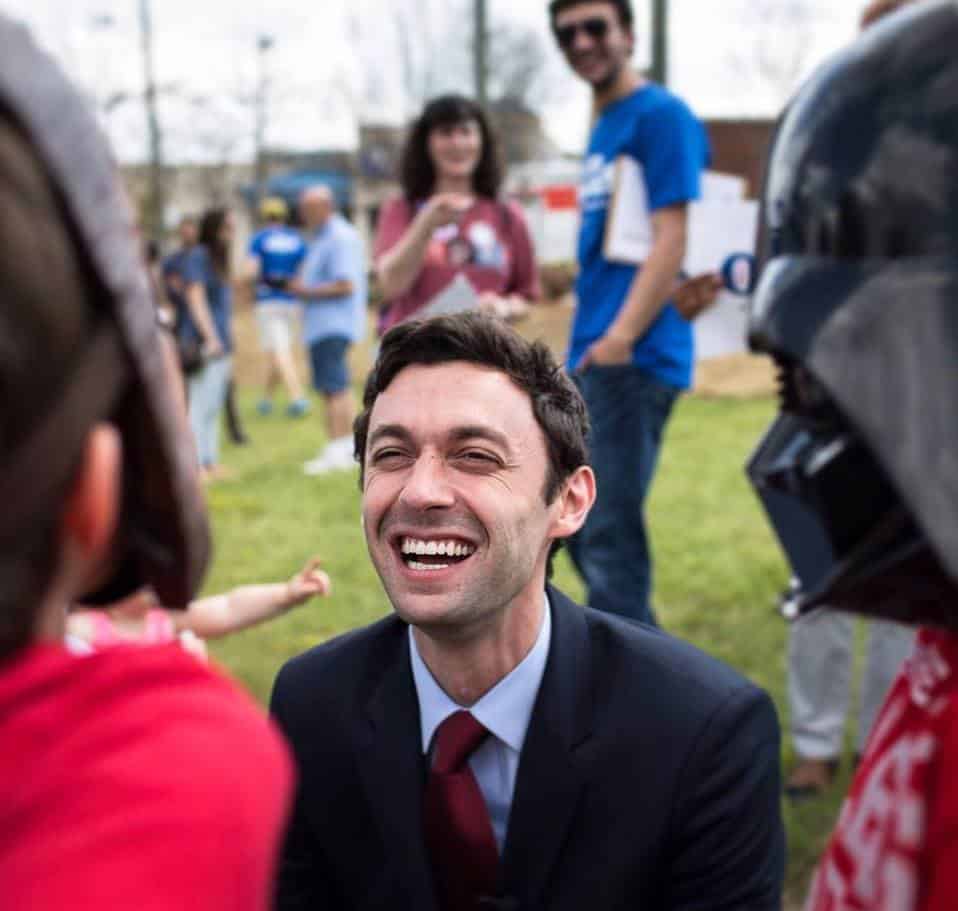 One day before people in Georgia's traditionally very red 6th Congressional District cast their ballots, Donald Trump's Twitter outburst underlines Republicans' mounting fear that Democrats could take the seat — and others like it in 2018.

On Tuesday, voters in Georgia's 6th Congressional District will head to the polls to fill the vacancy left by Tom Price, Donald Trump's secretary of Health and Human Services — a seat that has been in Republican hands since 1978. Against all odds and conventional wisdom, Democrat Jon Ossoff, the young former congressional staffer and documentary filmmaker, has risen from obscurity and turned the special election for this deep red district into a toss-up.

Ossoff has proven to be a savvy campaigner, raising more money than the pre-election quarterly fundraising of every single 2016 congressional campaign. He has run a series of memorable campaign ads, including one featuring legendary civil rights leader and fellow Georgia Democrat Rep. John Lewis, and another starring actor Samuel L. Jackson.

Surveys suggest that if Ossoff does not win a majority outright, in a two-way runoff, he has a narrow lead over his likely Republican opponent, Karen Handel, who infamously was forced to resign from Susan G. Komen for the Cure in 2012, after her disastrous and ideologically motivated decision to cut off the organization's Planned Parenthood funding.

After the near miss in Kansas and brutal losses in local elections across Illinois, the GOP is in panic mode about this race. Republican special interests have bombarded the airwaves in Georgia with increasingly desperate ads, attacking Ossoff for having fun in college and falsely claiming he is an outsider who grew up in Washington, D.C. (Ossoff in fact is a native Georgian.)

But another indicator of how worried Republicans are about the Georgia race is Trump's reaction.

Previously, White House Press Secretary Sean Spicer suggested the administration was not even paying attention to this race. But apparently Trump has since been filled in, because one day before the election, he lashed out at Ossoff on Twitter:

For the record, Ossoff has not said he wants to do any of those things — but given one of his slogans is "Make Trump Furious," he was thrilled to receive the president's attention:

While I'm glad the President is interested in the race, he is misinformed. I'm focused on bringing fresh leadership, accountability, and bipartisan problem solving to Washington to cut wasteful spending and grow metro Atlanta's economy into the Silicon Valley of the South.

Random outbursts on social media are par for the course from Trump, who frequently uses Twitter to parrot claims from conspiracy theorists, weigh in on something he just saw on cable TV, and otherwise vent his frustrations.

That Trump now feels the need to go out of his way to insult a Democratic congressional candidate shows he and his fellow Republicans are feeling the heat. The resistance is boosting Democrats on red turf, and Republicans know that all bets are off.