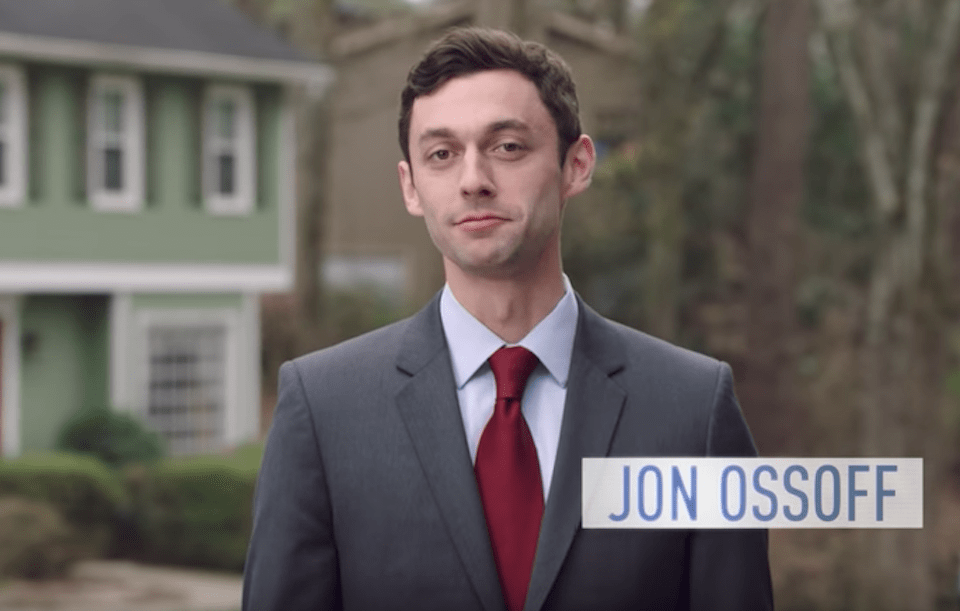 Republicans were convinced Democrat Jon Ossoff would be dead on arrival when the Georgia special election went to a runoff. But he maintains a razor-thin lead in the latest polls, thanks to a brilliant campaign and a disastrous opponent.

In April, the unimaginable happened. Democratic candidate Jon Ossoff, the young documentary filmmaker and former congressional staffer, took 48 percent of the vote in the primary against a field of nearly a dozen Republicans, in Georgia's traditionally red 6th Congressional District.

The runoff between Ossoff and former Georgia Secretary of State Karen Handel is now in full swing. Interests on both sides are bombarding the airwaves with ads in what is on track to be the most expensive congressional race in history, and Donald Trump, who has a strong ideological kinship with Handel, held a huge fundraiser for her last week.

Republicans have long claimed Ossoff has no chance against a single GOP opponent with unified support. This district, in the northern suburbs of Atlanta, has not voted for a Democrat in 40 years. But the latest poll from Anzalone Liszt Grove Research shows that, while the race has tightened dramatically, Ossoff is still in a very good position. The race is within the margin of error, but he is still leading, 48 to 47.

As Daily Kos Elections notes, there are even more interesting numbers in this poll. Ossoff's favorable ratings are strong, at 50-44, versus 46-44 for Handel. In other words, Ossoff is better liked than Handel, despite the deluge of negative GOP ads, and better known to voters despite the fact Handel has run for statewide office three times.

Even more encouraging, undecided voters skew "disproportionately female, in communities of color, and in DeKalb County," which are demographics that favor Ossoff. If these numbers hold, and all the same people who voted for him on April 19 vote for him again, Ossoff only needs a little over 40 percent of undecided voters to win.

There is no single reason Ossoff has managed to keep the race so close. Partly it is a result of the backlash against Trump. But there is also the simple fact that Ossoff has run a smarter, more disciplined campaign.

Ossoff has poured millions into a huge field operation, with volunteers knocking on doors and driving supporters to the polls. He has also used focus groups to meticulously tune his message to the voters in the 6th District. Meanwhile, Democratic groups are hitting his opponent for reckless spending in the Georgia state government.

By contrast, Handel — who is best known for being forced out of Susan G. Komen for the Cure for eliminating funding for cancer screenings at Planned Parenthood, and for being cited by the Justice Department for purging minorities from voter rolls — has not campaigned well.

Handel started by attacking Ossoff for temporarily moving two miles out of the district to support his girlfriend through medical school. She became the subject of jokes after she forgot to remove the audio from the campaign stock footage of herself she posted online for GOP super PACs to use. And earlier this week, she and her husband were forced to apologize after he retweeted a racist graphic telling voters to "free the black slaves from the Democratic plantation."

With more than a month still remaining before the runoff on June 20, there are certain to be more developments and more surprises in this race. But Republicans' failure to drag Georgia's 6th District back into safe territory continues to haunt them, and empower those standing up to the GOP agenda.