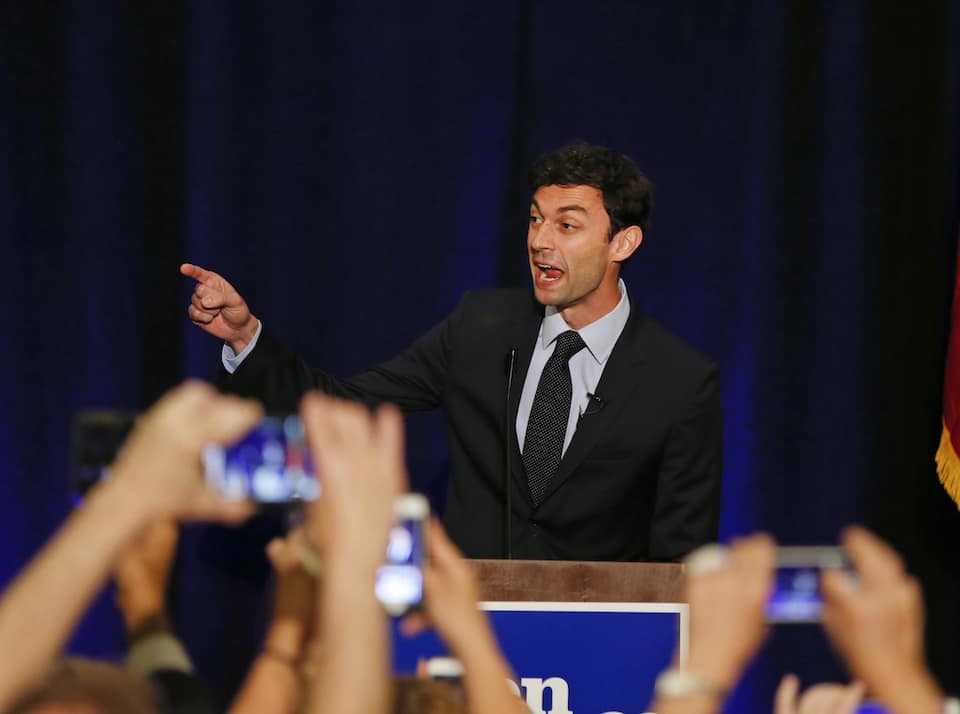 The GOP's internal polling shows Democrat Jon Ossoff pulling ahead of his right-wing opponent in Georgia's 6th Congressional District. This could spell disaster for them in the midterm elections.

The runoff election to fill the vacant House seat in Georgia is less than a week away. It has become the most expensive congressional race in history, and young filmmaker and former Democratic staffer Jon Ossoff is holding his own against right-wing Donald Trump ally Karen Handel, owing in large part to grassroots advocacy and a massive field operation.

And according to a new report in Politico, Republican strategists are worried.

Internal GOP polls have Handel's numbers sliding, with Ossoff opening a lead of 5 points. And some strategists believe this has implications not just for Georgia, but for the Republican Party's broader, nationwide prospects in the 2018 midterm elections.

"If we’re losing upper middle class, suburban seats in the South to a 30-year-old progressive liberal, we would be foolish not to be deeply concerned about the possibility that would exist for a tidal wave election for Democrats in 2018," according to Chip Lake, a Republican consultant in Georgia.

Whatever happens in Georgia, Republicans are right to worry, because electoral prospects are souring for them all over the country.

Meanwhile, Democrats have been running competitive campaigns in multiple solid red congressional districts, flipped red state legislature seats in extremely conservative parts of New Hampshire and Long Island, elected a wave of new Democrats in rural Illinois, and turned out in droves to nominate a powerful Democratic candidate for governor of Virginia.

Jon Ossoff is only the beginning. The resistance is at the ballot box and ready to roll.