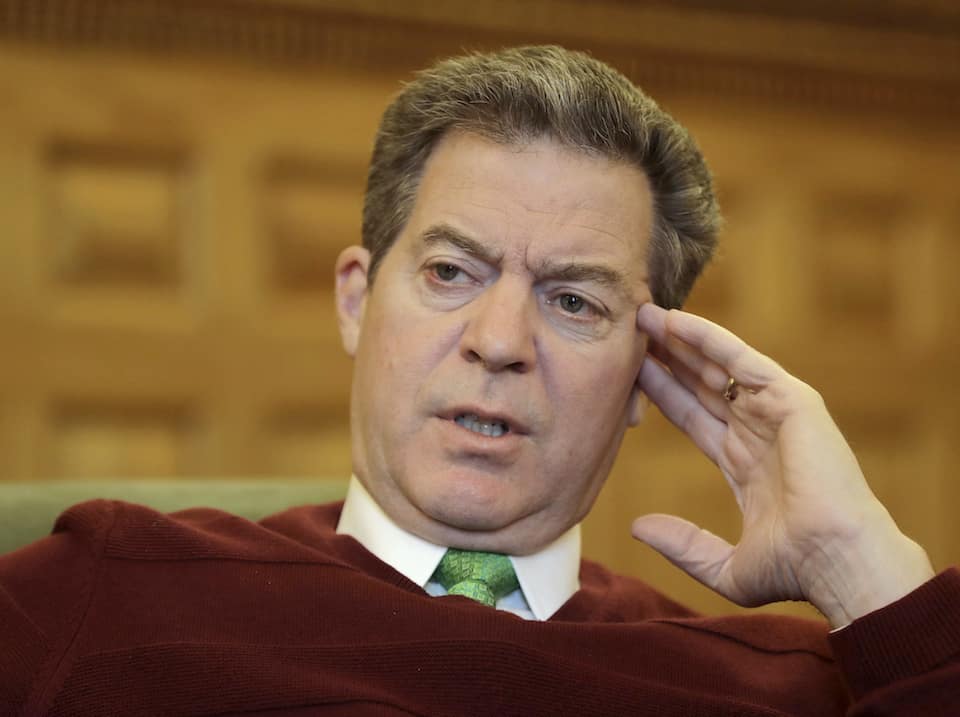 Republican Gov. Sam Brownback's tax cuts destroyed Kansas. Now, his own party has voted to override his agenda and undo the damage.

The state of Kansas is in economic shambles, and no one did more to make that happen than Gov. Sam Brownback. So much so that his own party has now turned on him.

After Brownback vetoed a bill to raise taxes by $1.2 billion, a bipartisan group of state legislators, including Republican House Speaker Ron Ryckman, voted to override the veto.

The fact even Republicans got behind raising taxes in Kansas is a testament to how horribly Brownback has mismanaged the state budget.

When Brownback cut taxes in 2012, it was all supposed to be so simple. With the support of strong GOP majorities in the legislature and former Reagan economic adviser Art Laffer, Brownback signed a sweeping package of trickle-down economics.

Income taxes were slashed across the board, the top bracket was eliminated, and tens of thousands of businesses — including subsidiaries of Koch Industries — got a "small business exemption" from corporate taxes.

Brownback promised the cuts would generate so much growth they would pay for themselves. He proclaimed it would be "like a shot of adrenaline into the heart of the Kansas economy."

That is not what happened.

Instead, economic growth flatlined, state revenues plunged by over $600 million per year, and the state credit rating was downgraded three times.

Desperate to balance the budget, Kansas lawmakers passed nine consecutive budget cuts and raided the state highway fund. They also imposed massive, racially discriminatory cuts on public schools, which the state supreme court ruled unconstitutional. Even before that, teachers were fleeing the state in record numbers.

Kansas voters are fed up. Brownback is now one of the least popular governors in America, and last November, dozens of pro-Brownback state legislators lost their seats to Democrats and moderate Republicans — a clear mandate to undo the mess Brownback created.

The Republican model of cutting taxes for the rich on the backs of the poor has failed time and again. In Kansas, it has been such a disaster that even the GOP realized it was time to give up. The people have seen the results of the trickle-down economics fraud, and have resolutely rejected it.