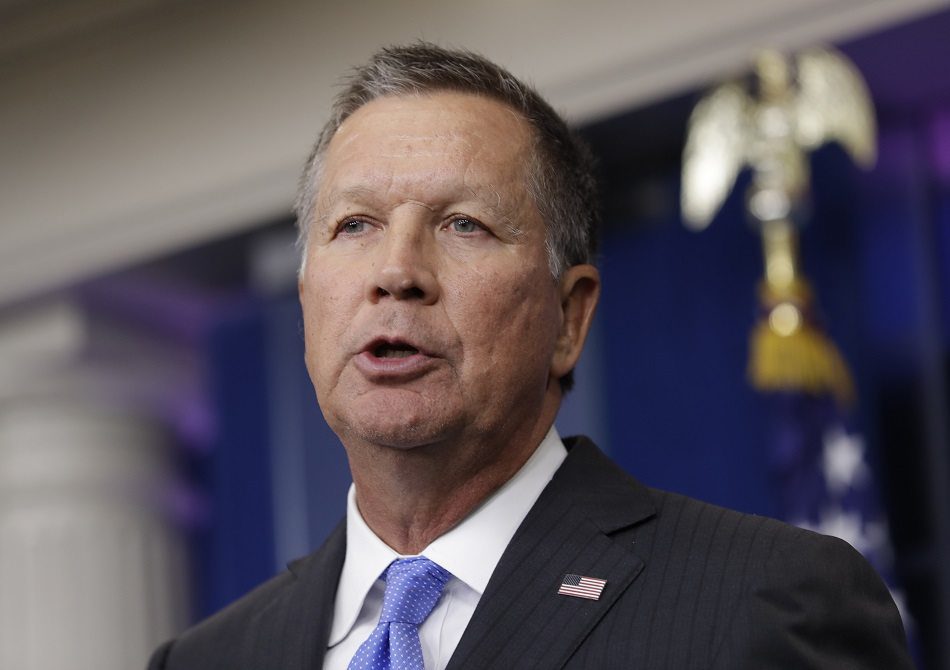 In a move anticipated by reproductive rights activists, Ohio Republican Governor John Kasich vetoed a radically extreme piece of legislation that would have banned abortions from the point of detected heartbeat, which can be as early as six weeks into a pregnancy. Following that veto, however, Kasich signed into law what is merely a less extreme ban on abortions after 20 weeks, which is likely to face constitutional challenges.

Governor John Kasich delivered a fake-out punch to reproductive rights in Ohio on Tuesday when he vetoed a ban on abortions at six weeks, only to turn around and sign a ban on abortion after 20 weeks.

Both of these prohibitions are unconstitutional under Roe v. Wade, which sets the point of viability for a pregnancy (and therefore a stop point for abortion) at around 24 weeks.

Ohio already has incredibly restrictive laws around abortion, and Kasich's signing of this bill enacts one of the most restrictive bans on abortion in the country. This is the first shot over the bow from state legislatures and now governors who are emboldened by the election of Donald Trump and his promise during his campaign to appoint a conservative Supreme Court justice to replace the late Antonin Scalia.

Kellie Copeland, Executive Director of NARAL Pro-Choice Ohio, responded to the news in a press release:

John Kasich is treating women’s health care like a game. He thinks that by vetoing one abortion ban Ohioans will not notice that he has signed another. The 20-week abortion ban callously disregards the unique circumstances that surround a woman’s pregnancy. Once a woman has made the decision to end a pregnancy, she needs access to safe and legal abortion care in her community. Kasich’s actions today will fall hardest on low-income women, women of color, and young women. History will not judge Gov. Kasich’s disregard for women’s health kindly.

This is a dark day for the women of Ohio. These kinds of restrictions on women’s health are unconstitutional, and endanger the lives of countless women across the state. From cutting funding for rape crisis centers to forcing women seeking abortions to pay for medically unnecessary ultrasounds, Kasich has made Ohio a testing ground for anti-choice legislation. Emboldened by Donald Trump and his radical anti-woman agenda, Kasich has taken the next step in attacking women’s rights. Now more than ever women must continue to fight back against these attacks, and work to elect leaders who will defend our constitutional right to an abortion – not try, time and again, to destroy it.

And the Democratic National Committee released a statement condemning the passage of the 20 week ban:

Let’s call this law what it really is: an attempt to take away the constitutional rights of women and make abortion illegal. But in a year when Donald Trump said that women who get an abortion should be punished, it’s little surprise that Republican leaders have been emboldened to once again insert themselves between women and their doctors. Governor Kasich already has one of the most extreme anti-choice records of any governor in the country, having signed legislation that shut down half the abortion clinics in his state. With this law, he’s standing with Trump and endangering the health of women across his state once again. Democrats believe in a woman’s right to choose, and we will always fight any efforts to impose new laws that might infringe on this constitutionally-protected right.

Kasich's move here is no surprise. It is, however, certain evidence that the fight for reproductive rights and abortion access is going to become even fiercer under a Trump presidency.