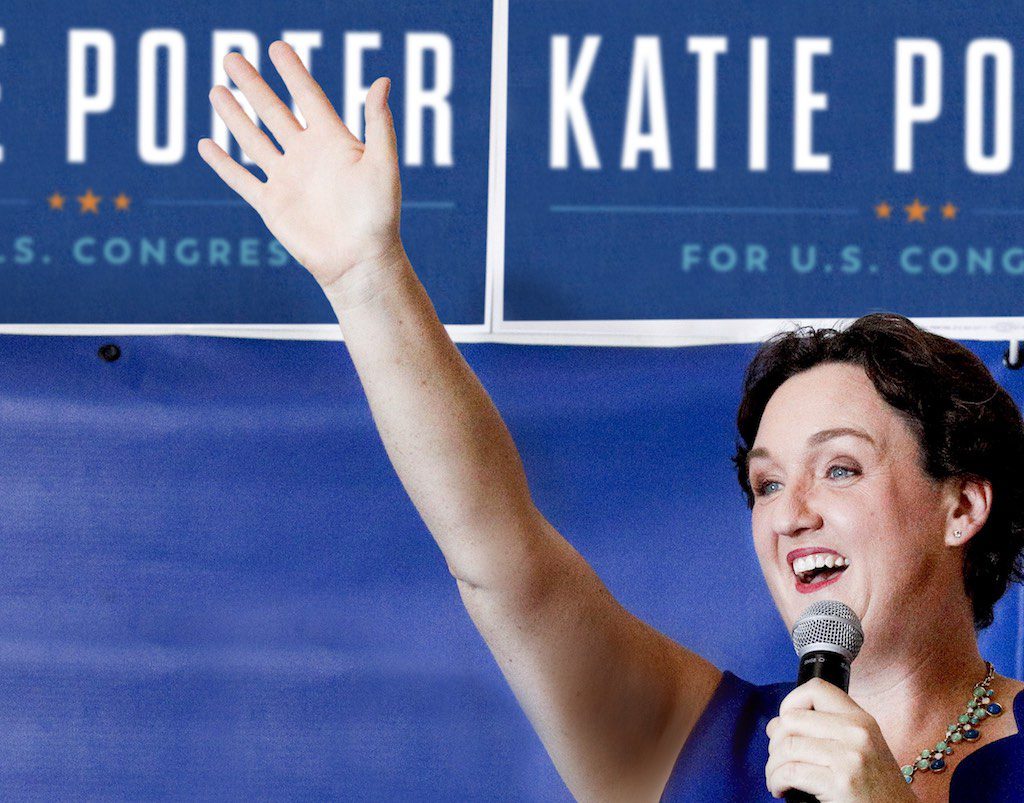 Katie Porter will join a growing Democratic majority in the House of Representatives.

While Porter kept her campaign laser-focused on kitchen table issues like health care and taxes, Walters ran a desperate campaign that increasingly mirrored the tactics of Trump, the man she supported 99 percent of the time during her brief stay in Congress.

Over the past two years, Walters was one of Trump's most vocal defenders. Months after Trump coddled Nazis following the deadly white supremacist riots in Charlottesville, Walters said, "It is very important that Republicans back the president. He's the president of our party. He stands for what we stand for."

In the lead-up to the midterms, an out-of-touch Walters claimed her constituents, like her, were satisfied with Trump. She insisted her constituents "are seeing that the results are exceeding their expectations."

Not so, as voters ultimately decided to heave the Trump-pandering Walters out of office.

With a Trump-sized ego, Walters never thought her seat was in danger. In a true-to-life example of "pride goeth before the fall," Walters displayed reckless overconfidence in her re-election chances.

In a final fit of hubris, Walters announced her intention to be chair of the GOP's congressional campaign arm, the NRCC, before all the votes were counted. She later withdrew her name from consideration, since the position is reserved for members of Congress.

Rather than face her impending defeat with grace, Walters threw a Trump-like fit, making wild, baseless accusations about Porter "stealing the election."

In the end, what little dignity Walters had left was in tatters, a failed offering heaped upon the altar of Trump, her MAGA prayers left unanswered as voters wholeheartedly rejected her Trump-aligned agenda.

Katie Porter joins a growing Democratic majority, including several new members from California. A jubilant Katie Hill, who recently defeated Rep. Steve Knight in Southern California's Congressional District 25, tweeted out her congratulations, saying, "Southern California will be well repped by the Katie-Caucus we're about to start!"

With Walters' defeat, there is no chance for a even a Mimi-Caucus of one. Perhaps Walters can see if the NRCC is hiring for any staff positions.