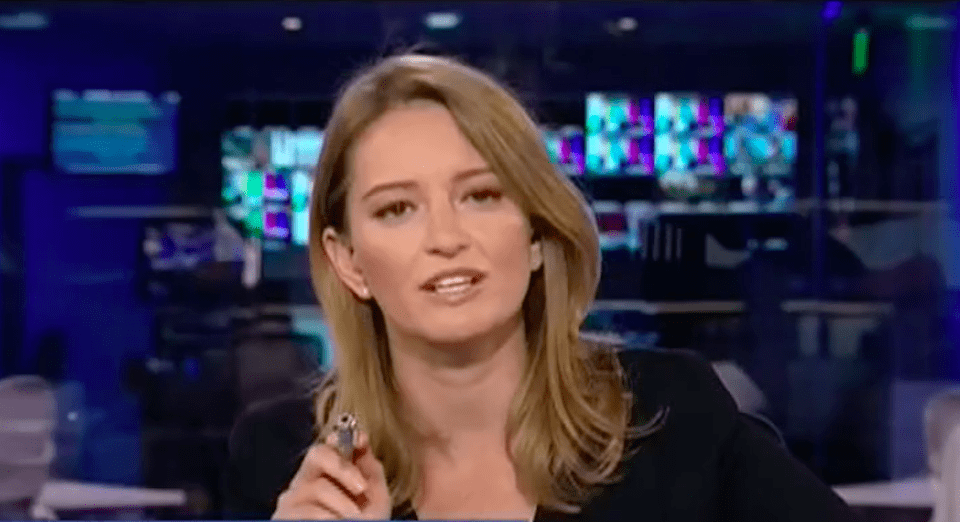 Sean Spicer lied in an off-camera press briefing, claiming that Trump was "joking" when he asked Russia to hack Hillary Clinton's emails. The video of the statement and Trump's angry response to a follow-up question proves Spicer is dissembling.

Video of Trump's comments from July 27, 2016, clearly shows that he was not joking.

Trump said at the time, "I will tell you this, Russia: If you’re listening, I hope you’re able to find the 30,000 emails that are missing." He added, " I think you will probably be rewarded mightily by our press."

Later in the same press conference, NBC's Katy Tur asked, "Do you have any qualms about asking a foreign government — Russia, China, anybody — to interfere, to hack into the system of anybody's in this country?" Trump responded by yelling at Tur to "be quiet."

Trump "was not joking in that moment like Sean Spicer is trying to argue," she said. "How much longer will they try to make the argument that we're not seeing what is very clearly in front of our eyes?"

TUR: I'm going to stop you right there because I want to play that soundbite from July of 2016. Sean Spicer was just asked about it and he said the president was joking. Take a listen to him in July 2016.

TRUMP: When they would hack into a major party, but it would be interesting to see, I will tell you this, Russia, if you're interesting, i hope you're able to find the 30,000 e-mails. I think you will be rewarded mightily by our press.

TUR: We just pulled that off of the web, but a moment later, I asked him if it gave him any pause to ask a foreign government to hack into the personal e-mail of any person in this country. and Eli, he said it gave him no pause, no, absolutely not. He was not joking in that moment like Sean Spicer is trying to argue or like the president was trying to argue later when he walked that back. How much longer will they try to the argument that we're not seeing what is very clearly in front of our eyes?

Trump even sent out a tweet on the same day in 2016, amplifying his demands and further highlighting that the request was not a joke. He wrote, "If Russia or any other country or person has Hillary Clinton's 33,000 illegally deleted emails, perhaps they should share them with the FBI!"

If Russia or any other country or person has Hillary Clinton's 33,000 illegally deleted emails, perhaps they should share them with the FBI!

NBC's Dafna Linzer immediately rebuked Spicer's lie, tweeting, "Not only was Trump not joking, he grew angrier when challenged on it by @KatyTurNBC. Told her to 'be quiet'."

Former CIA Director Leon Panetta said at the time, "I find those kinds of statements to be totally outrageous because you’ve got now a presidential candidate who is, in fact, asking the Russians to engage in American politics."

Sen. Elizabeth Warren said it was "evidence that Donald Trump would be a danger to the United States."

NBC's Chuck Todd noted that Trump's comment was "a threat to the sovereignty of the United States," and CNN's David Gregory said it was evidence of someone "who doesn't understand how badly he and the country can get burned."

Delegates and elected officials attending the Democratic Convention told Shareblue that Trump's comments were beyond the pale, describing the call to hack as "criminal," "un-American," and "treasonous."

Spicer's comment was made in yet another press briefing where the White House demanded that cameras be turned off as the mainstream media complied.

The administration's media lockdown strategy continues, even as Trump has sought to deflect from the ongoing multiple probes into his presidential campaign's communications with Russia while that nation attempted to influence the election's outcome.