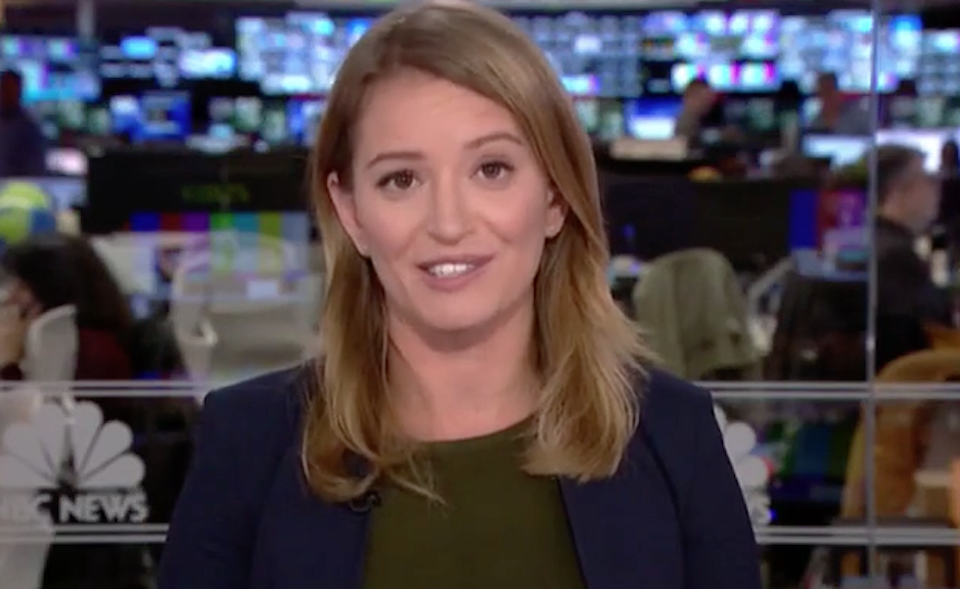 Rep. Dave Brat was left without answers after MSNBC's Katy Tur grilled him on the provisions in the GOP tax plan to benefit millionaires.

Republicans are going to have a hard time selling the unpopular tax plan if their media appearances are anything like Rep. Dave Brat's cringeworthy appearance on MSNBC.

Judging by his reaction, the Virginia Republican was expecting to be able to regurgitate inaccurate Republican talking points on the legislation. Instead, NBC's Katy Tur challenged Brat — who was an economics professor before being elected with the "tea party" — and he was left stammering and complaining.

Tur pointed out that while Republicans keep citing farmers as the beneficiary of the estate tax repeal, there were only 80 farms in the entire United States that paid into the tax in the most recent year.

In fact, the estate tax applies to only 0.2 percent of estates. Repealing it helps the children of rich families, like Ivanka Trump. She and her siblings stand to inherit an estimated $4 billion if Republicans are able to jam through repeal.

Tur went on to ask Brat about the provision in the bill that eliminates the ability to deduct the costs of student loan payments. As Brat tried to evade and speak in sweeping generalities, she pressed him to directly respond.

Seemingly out of options, Brat complained that Tur had "combed through hundreds of pages and found a couple Democrat [sic] talking points."

TUR: We looked into this and tried to figure out how many farmers will be affected by the repeal of the estate tax.

TUR: A total of 80 family businesses and farms –

TUR: — paid the estate tax in 2017. Eight zero. Eighty people. That is a tax cut for a very small portion of very rich people.

BRAT: OK good, that, that, that's a small point but you're kind of missing the whole tax package here. […]

TUR: Student loan interest. There are kids who go to college and spent everything they have, take out loans to go to college to get a higher education, they are saddled with those loans for the rest of their lives. One of the things that they benefitted from was that there wasn't a tax on the interest of those student loans and now you're repealing that, why?

BRAT: Because as you know we're limited by about 1.5 trillion we've got to deal with, and I taught college for 20 years, and I think it would be better to have an economy where the kids could get a job when they're done graduating from school, which they couldn't do if you put in the Democrat [sic] tax plan and if you continue the current status quo, the average worker hasn't had a wage increase in 30 years. I mean this isn't rocket science.

BRAT: Right. So you've combed through hundreds of pages and found a couple Democrat [sic] talking points, but I'm telling you the middle class we're making way better off.

That is a deflection of the sort most often associated with Donald Trump aide Kellyanne Conway, which also shows that the plan is not directly defensible under even light scrutiny.

For the Republican plan to work, Americans have to be deceived. They have to repeatedly be lied to and misled by Brat, his boss Speaker Paul Ryan, Trump, and the rest.

America knows too much about the Republican approach to taxes and the last time they were allowed to draw up a tax plan: the Bush tax cuts. America and the world were thrown into economic crisis and a global recession that was extremely difficult to dig out of.

Under President Barack Obama, without having to lie and deceive about cutting taxes for the Trump family and their ilk, the economy has entered a state of recovery inherited by Trump.

Republicans are doing everything in their power to undo those fixes. But they'll have to get better at deceiving for it to completely work.