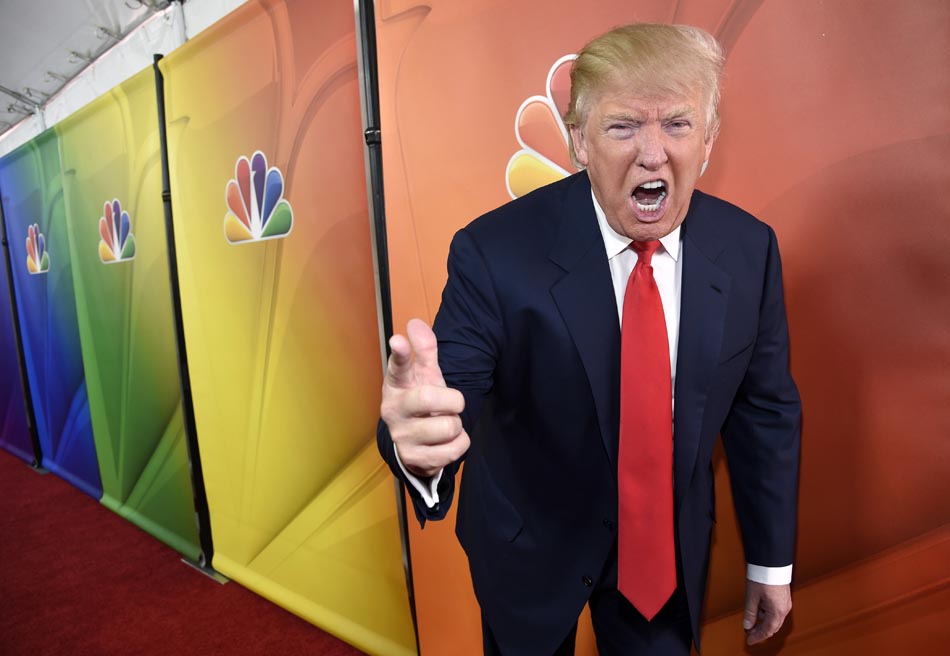 (Photo by Chris Pizzello/Invision/AP, File)
Get The American Independent in your inbox

The incoming President of the United States will remain as an executive producer for a reality show on a major television network. This is an outrageous conflict and a gross violation of journalism ethics.

NBC has confirmed that not only will they go forward with airing President-elect Donald Trump's reality show Celebrity Apprentice (albeit with a new host), but Trump will also keep his executive producer title, and be listed in show credits — a decision that has sparked widespread outrage and a petition to remove him.

It is hard to understand how NBC can justify this decision. Trump and his team are not any less hateful now than they were when the network first denounced him in the summer of 2015, a decision which came shortly after Trump's campaign kickoff in which he accused the Mexican government of sending rapists over the border.

NBC harshly condemned Trump's remarks in their public announcement at that time:

At NBC, respect and dignity for all people are cornerstones of our values. Due to the recent derogatory statements by Donald Trump regarding immigrants, NBCUniversal is ending its business relationship with Mr. Trump.

Trump's senior adviser, Kellyanne Conway, insists it is "doubtful" that Trump will accept a salary for his role at NBC. But the conflict of interest goes both ways: NBC News will presumably continue to report on the President of the United States, even as the office is filled by someone who remains a credited producer on a show from which they will profit handsomely — as long as that producer maintains the contract with them.

Irrespective of whether NBC's entertainment division pays Trump, the arrangement could be profoundly compromising for the journalists in their news division.

Trump has repeatedly demonstrated contempt for ethical norms that govern our political system. And, with NBC's stark reversal, it appears they have taken the president-elect's lead as tacit permission to do the same.