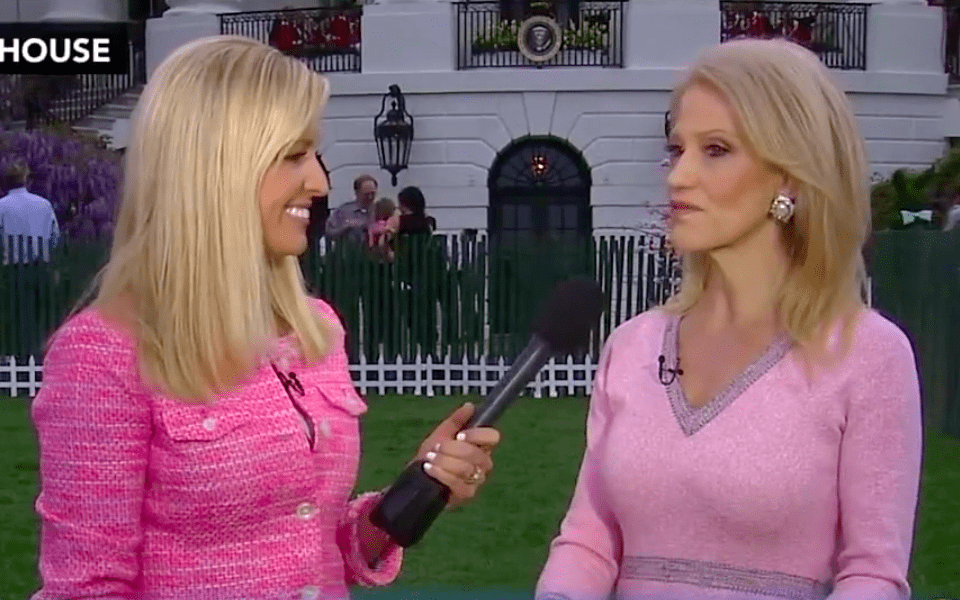 The concept of public service and the message of Easter appear foreign to the Trump administration.

The White House Easter Egg Roll is a 139-year-old tradition. Making the arrangements and hosting the public onto the White House grounds are part of the job for all presidential administrations and first families.

Nonetheless, like with so many things, the members of Donald Trump's administration appear to see the event as something for which the Trumps deserve special praise.

In an interview with Ainsley Earhardt of Fox and Friends, Trump surrogate Kellyanne Conway even went so far as to assert directly that "America should thank" the Trumps for doing exactly what every other first family has done for more than a century:

CONWAY: I think First Lady Miche—Melania Trump and her staff did an amazing job, her team did an amazing job here this year. Following the tradition of other first ladies, she picked four pastel colors and a golden egg. They worked really hard to make this happen today, Ainsley.

CONWAY: And I'm told this is the 139th anniversary of the Egg Roll, sort of the longest continuous tradition at the White House, and it's a day where we don't think of politics. We think of the children who are involved. We think of the veterans and military families who are being honored here as being invitees. And obviously our amazing First Lady Melania Trump and President Trump will be participating today, and we should thank them. America should thank them for putting on such a beautiful event.

EARHARDT: Absolutely. Could we meet your family?

The event is in recognition of a Christian holiday with an emphasis on a great self-sacrifice made to create lives of hope and joy for others. The suggestion that the Trump family deserves special gratitude for fulfilling a responsibility of the roles they willingly sought is not only bizarre but completely out of touch with the message of the holiday itself.

Rather than America thanking the Trumps, the Trumps should consider showing respect for the office of the presidency and gratitude to American voters for the trust placed in them by actually living in the White House full time.