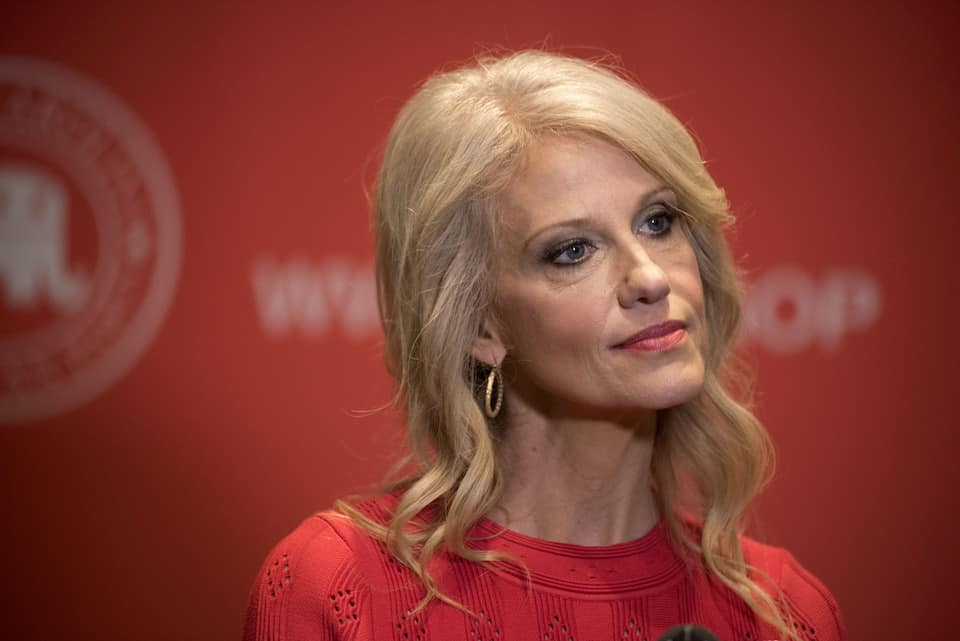 (AP Photo/Mike Spencer)
Get The American Independent in your inbox

Kellyanne Conway lied about the proposed $800 billion in cuts to Medicaid in the Republican health care bill, and was quickly called on it by GOP Senator Susan Collins and ABC host George Stephanopoulos.

Kellyanne Conway was repeatedly called out for lying about the devastating effect the Republican health care bill would have on Medicaid during her appearance on ABC's This Week.

The bill would cut over $800 billion from Medicaid, which Conway banally characterized as "slowing the rate of growth in the future." ABC host George Stephanopoulos pointed out that her claim that everyone currently on Medicaid would be grandfathered in "simply is not factual if you have more than $800 billion in cuts."

Conway's dishonest line of attack was even more aggressively rebutted by her fellow Republican, Sen. Susan Collins of Maine. "I respectfully disagree with her analysis," Collins said. She went on to explain, "the Senate bill is going to have more of impact on the Medicaid program than even the House bill."

.@SenatorCollins to @GStephanopoulos: "The Senate bill is going to have more impact on the Medicaid program than even the House bill." pic.twitter.com/AVYgzbTun6

STEPHANOPOULOS: You just heard Kellyanne Conway say, though, that those are not Medicaid cuts. What is your response to that?

COLLINS: Well, I respectfully disagree with her analysis. But this is why we need the Congressional Budget Office assessment of the impact of the Senate bill on costs and coverage, including its analysis of Medicaid. And that will be coming out tomorrow. But based on what I've seen, given the inflation rate that would be applied in the outer years to the Medicaid program, the Senate bill is going to have more impact on the Medicaid program than even the House bill.

STEPHANOPOULOS: So that means, if that's true, and that is confirmed by the Congressional Budget Office, you're a 'no'?

COLLINS: I want to wait to see the CBO analysis, but I have very serious concerns about the bill.

The nonpartisan Congressional Budget Office analysis of the House bill concluded that the $800 billion in cuts would end access to the vital program for 14 million vulnerable Americans.

Conway, as she has always done in service to Trump and party, refused to admit the reality of the proposed Republican cuts.

But this time her distortion was immediately debunked and denied, not just by the press, but also by a prominent member of her own party.