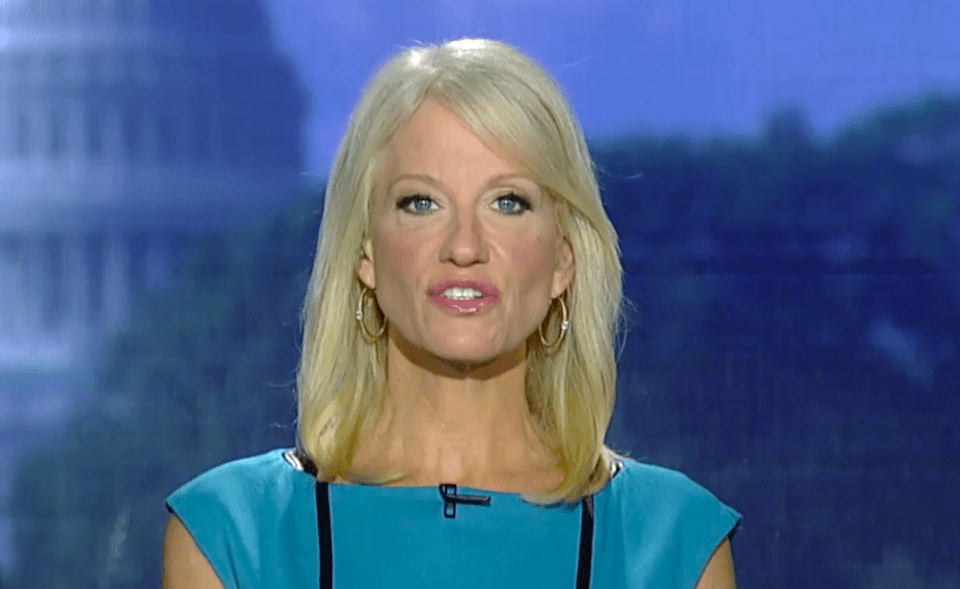 This is what taxpayers are funding.

Kellyanne Conway is clearly annoyed. One analysis after another of Donald Trump's twitter feed has proven what the American people already know to be true: Her boss is unpresidential, petulant, and unfocused.

It's not the image she wants to project. So she's desperate.

In an interview on Fox & Friends, she exhibited the lengths to which she will go to try to disprove facts with alternative ones:

CONWAY: I mean, look, I know it is a heck of a lot easier to cover 140 characters here or there or what the president may be saying about the media here or there than it is to the learn finer points of how Medicaid is funded in this country and how that would or would not change under the Senate bill. How the child care tax credit might affect your family. They don't cover these finer policy points.

I talked to a few over the weekend who called me unilaterally, and said, “Well, we would cover that, Kellyanne, except the president did this, said that.” I think if you have a 24⁄7 cable news outlet or network or print reporter, you can probably cover all of the above. So, everybody makes choices. We went back and did an analysis. Roughly 163 tweets sent out by President Trump in June: Three-quarters of them, at least, had to do with policy, bilateral meetings, legislation. Tweets like you showed.

Setting aside the dubious nature of this "analysis," Conway's admission that even an internal White House study found 25 percent of her boss's tweets have nothing to do with the broadly defined category of "policy, bilateral meetings, legislation" is stunning.

Now, if the media talked more about Medicaid, that would certainly allow more time to expose her lies. But her boss's Twitter account is focused elsewhere.

The Washington Post found that only 7 percent of Trump's tweets aligned with the policy areas (infrastructure, workforce development, tech and energy) the White House claimed to be "focusing on" during each of four weeks.

Axios examined the same set of tweets and found that only three out of 121 aligned with the White House's proclaimed policy focus.

USA Today found that Trump's obsession with so-called "fake news" is so ingrained that he tweets about it ten times as often as another of his favorite subjects — building a wall between the United States and Mexico. Since the election, according to their analysis, the president of the United States has tweeted about "fake news" 60 times.

American taxpayers are funding White House staffers to analyze Donald Trump's tweets because Kellyanne Conway doesn't like the facts about them.

This is where we are.