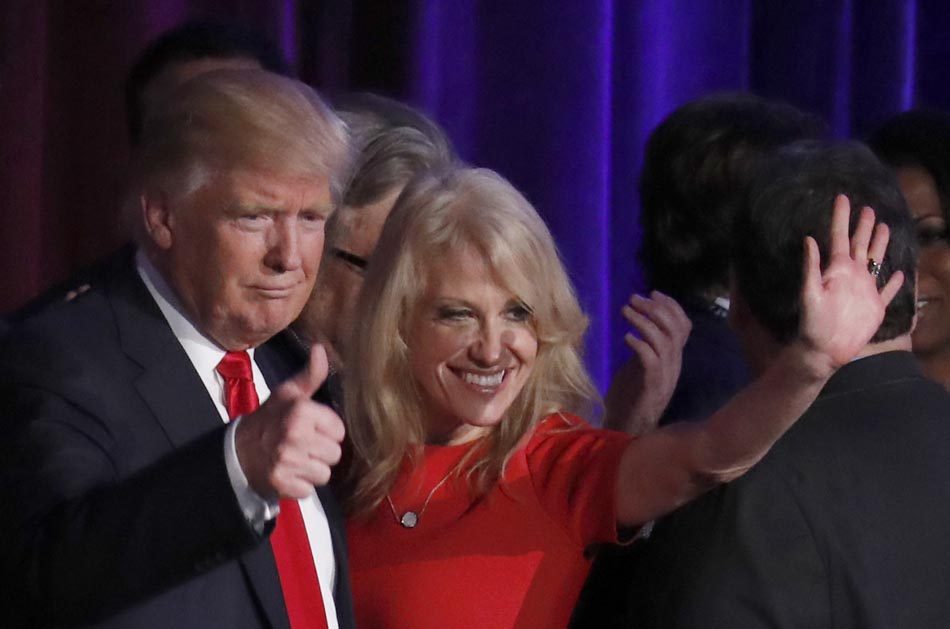 "They were at the table, a private table with the president..."

Trump upset many Republicans by seeming to endorse bipartisanship on gun control during a meeting with lawmakers, but Kellyanne Conway was quick to reassure the NRA Thursday morning.

At a televised White House "school safety" meeting Wednesday, Trump spent nearly an hour agreeing with whomever he was speaking to, including Democrats. His openness to policies like universal background checks, age limits, and even an assault weapons ban had the NRA lashing out shortly after the meeting's close.

But White House counselor Kellyanne Conway was quick to swoop in and reassure the gun lobby. In an interview with "Fox & Friends" Thursday morning, Conway took pains to remind viewers about Trump's secret meeting with the group just this past weekend.

"He is also listening to them," Conway insisted, then rattled off a series of NRA-supported policies that she says Trump supports, including armed teachers.

Trump's performance Wednesday was similar to the display of ignorance and malleability he put on during a White House photo op on immigration the month before, only to knuckle under to his base days later. Conway's message appears to signal a similar retreat to the hardline positions of Trump's boosters at the NRA.

But reality is sure to complicate that retreat. Trump's signature plan to arm teachers was badly undermined when, just hours before his meeting with lawmakers, a Georgia teacher was arrested for firing his handgun in school and holding off police in a 40-minute standoff.

And against the NRA sit an army of Americans who want gun control. The movement for change is currently being led by a group of powerful survivors of gun violence. If they don't get their way now, they will continue the fight in November.