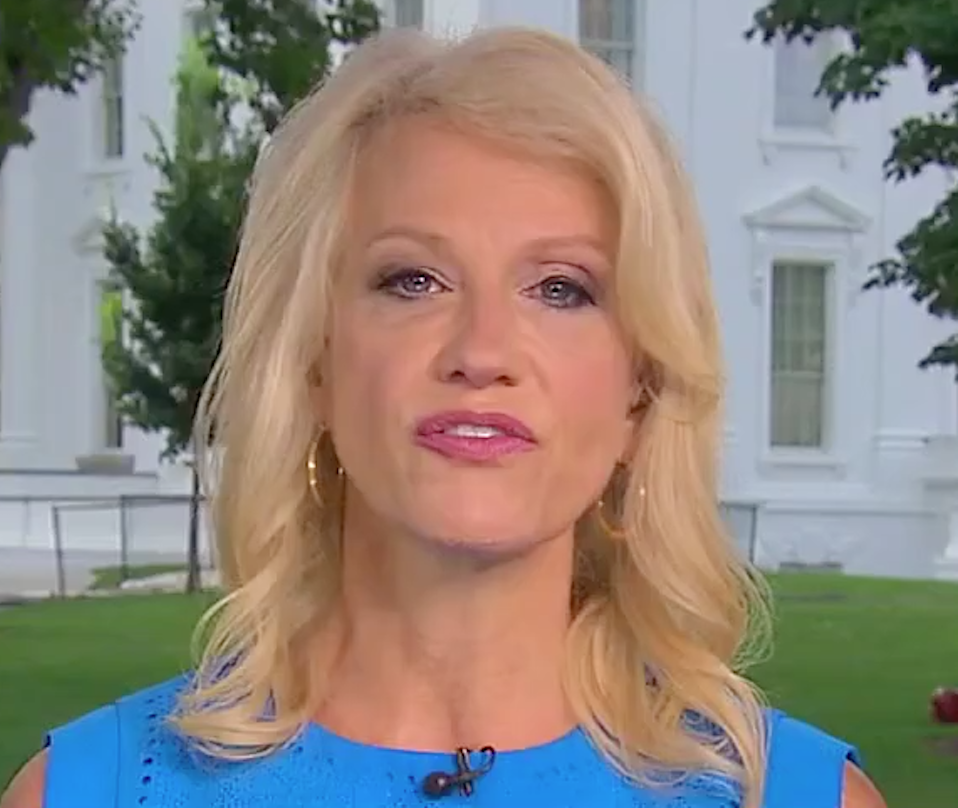 After hiding from even the pro-Trump media for more than two weeks, Trump's top cheerleader emerged — to attack Hillary Clinton. In 2017.

Donald Trump has been such an unbelievable, disgraceful, ever-imploding disaster for the last few weeks that even his top spinmeisters have been in hiding.

But on Thursday, Kellyanne Conway returned to the safe space that is Trump's favorite TV show, "Fox & Friends," to attack Trump's critics, the media, and Hillary Clinton for writing a book.

Then Conway demanded to know why Clinton is not doing the job of the president.

"Where's her bipartisan effort to try to help with infrastructure and meaningful tax reform, or the opioid crisis that I work on in the building behind me every single day?" Conway asked.

Not that it should need to be said, but it is not standard for a former presidential candidate who does not hold elected office to try to pass infrastructure bills or tax reform. That's the job of the actual president — a job he has been far too busy attacking his own party and defending white supremacists to do effectively.

Conway then pivoted to a flat-out lie. "She failed to make history," Conway said.

Shortly after Conway finished attacking Clinton for not doing Trump's job, Trump himself was on Twitter, retweeting petty and childish memes to satisfy his oh so delicate ego and, again, attacking the leaders of his own party, Senate Majority Leader Mitch McConnell and House Speaker Paul Ryan, for failing to get his agenda through Congress.

If Conway is so concerned about the work that isn't getting done in America, she should turn around and look at the building behind her because it's certainly not the fault of Hillary Clinton, who actually wanted to be president and certainly would not have spent her time in office complaining on Twitter.