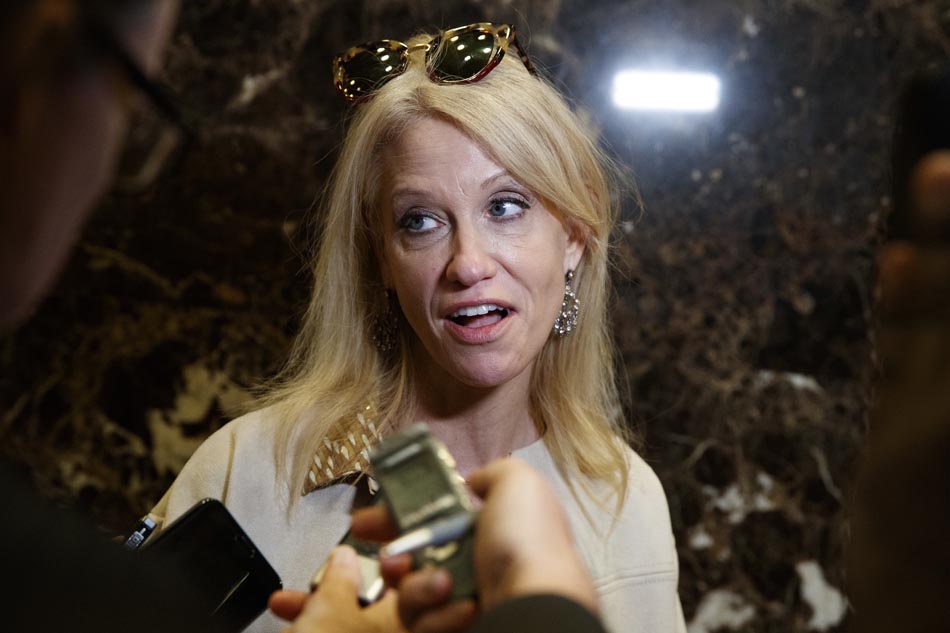 Kellyanne Conway got into a Twitter tiff with Representative Adam Schiff (D-CA) over whether the congressman receives intelligence briefings. Conway's response reveals (once again) the dangerous incompetence of the Trump administration.

KellyAnne Conway just claimed @CNN that @AdamSchiffCA "definitely doesn't have a security clearance." Really? Might want to check that.

President-elect Donald Trump's senior advisor, Kellyanne Conway, seems confused about who qualifies for security clearance. During an appearance on CNN on December 12, Conway claimed that Representative Adam Schiff (D-CA) does not have a security clearance and therefore is outside his lane when discussing Russian manipulation in the 2016 election.

Unfortunately for Conway, she is entirely wrong. Schiff is a ranking member of the House Intelligence Committee and not only has a security clearance, but is one of the Gang of Eight — a group of Senators and Representatives cleared to receive classified intelligence briefings from various agencies.

Conway's response to having her error pointed out, however, is a perfect example of an administration more willing to bury its head in the sand than admit a mistake:

No, I "think" you are hyper-partisan against PEOTUS w/ no evidence of hack effect on election outcome & no idea what briefings he receives. https://t.co/HdTNgHj2XJ

Conway dug in her heels and decided to attack Schiff as "hyper-partisan" who is unaware of "what briefings [Trump] receives."

It seems fairly clear that the incoming Trump administration is struggling both to understand the very nature of their role in government, and how the other branches function. Conway has consistently promised things that Trump, as president, would be stepping outside of his role to do. This kind of event runs deeper than a messaging problem — this is a governing problem.

And the way the administration deals with being told they are wrong about basic governmental facts is telling. Conway's actions in responding to Schiff are much like her boss's: Rather than admit wrongness, they challenge the reality of the viewer, daring them to fact-check and speak up.

But the thing about challenging reality is that it only works if your audience is captive to your set of facts. Schiff is not — he is well-positioned to explain precisely where Conway and her boss are wrong in terms of intelligence briefings, and attempting to discredit him as "hyper-partisan" will not change that.