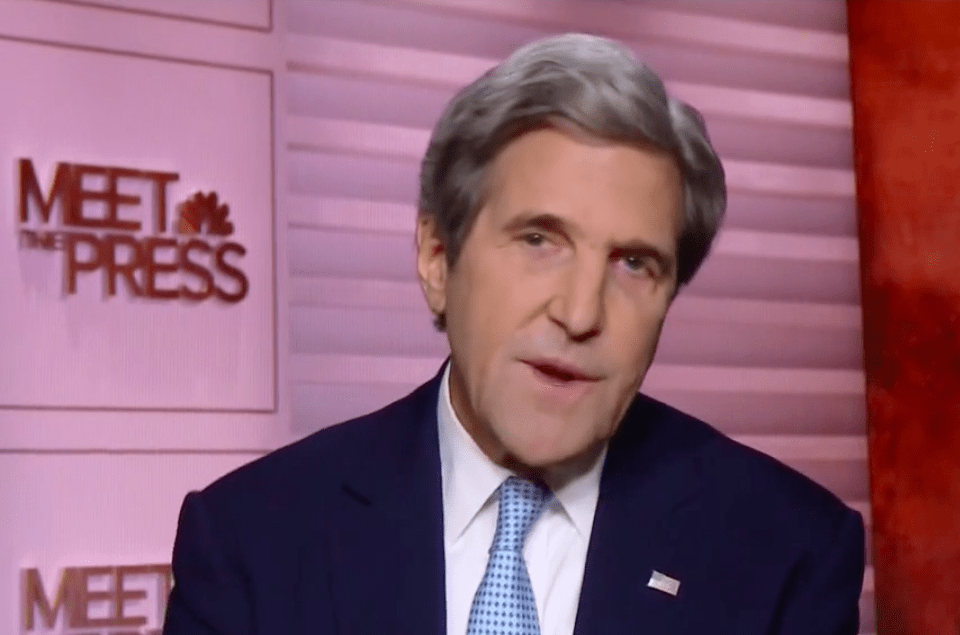 Former Secretary of State John Kerry became the latest noted figure to ridicule Donald Trump for his decision to abandon the Paris climate accords, comparing his promise to renegotiate the deal to O.J. Simpson's vow to hunt for the "real" killers.

Former Secretary of State John Kerry ridiculed Donald Trump for his promise to renegotiate a deal after he decided to abandon the Paris climate accords.

Kerry pointedly compared the move to O.J. Simpson's promise to find the "real" killer of his ex-wife, Nicole Brown Simpson.

In announcing the withdrawal, Trump said, "the United States will withdraw from the Paris climate accord, but begin negotiations to re-enter either the Paris accord or an entirely new transaction on terms that are fair to the United States, its businesses, its workers, its people, its taxpayers."

Reacting to this claim on Meet the Press, Kerry said the statement from Trump was "like O.J. Simpson saying he's going to go out and find the real killer," adding, "he isn't going to do that, because he doesn't believe in it."

KERRY: ... And when Donald Trump says to the world, 'Well, we're going to negotiate a better deal' — I mean, you know, he's going to go out and find a better deal? That's like — I mean, that's like O.J. Simpson saying he's going to go out and find the real killer. Everybody knows he isn't going to do that, because he doesn't believe in it. Because if you did believe in it, you wouldn't pull out of Paris. America has unilaterally ceded global leadership on this issue which, for years, even Republican presidents, George H.W. bush, you know, pushed in this direction.

Trump has repeatedly said that he does not believe in climate change, and has even claimed that the entire concept is a hoax created by the Chinese government.

The world has united to condemn Trump for his decision to abandon the accord, while former President Barack Obama took sharp note of the "absence of American leadership."

And now Kerry has made it clear just how transparent and unbelievable Trump's follow-up promises truly are.

Trump's already minuscule credibility was once again eroded by his own ignorant approach to one of the most monumental issues of all time.