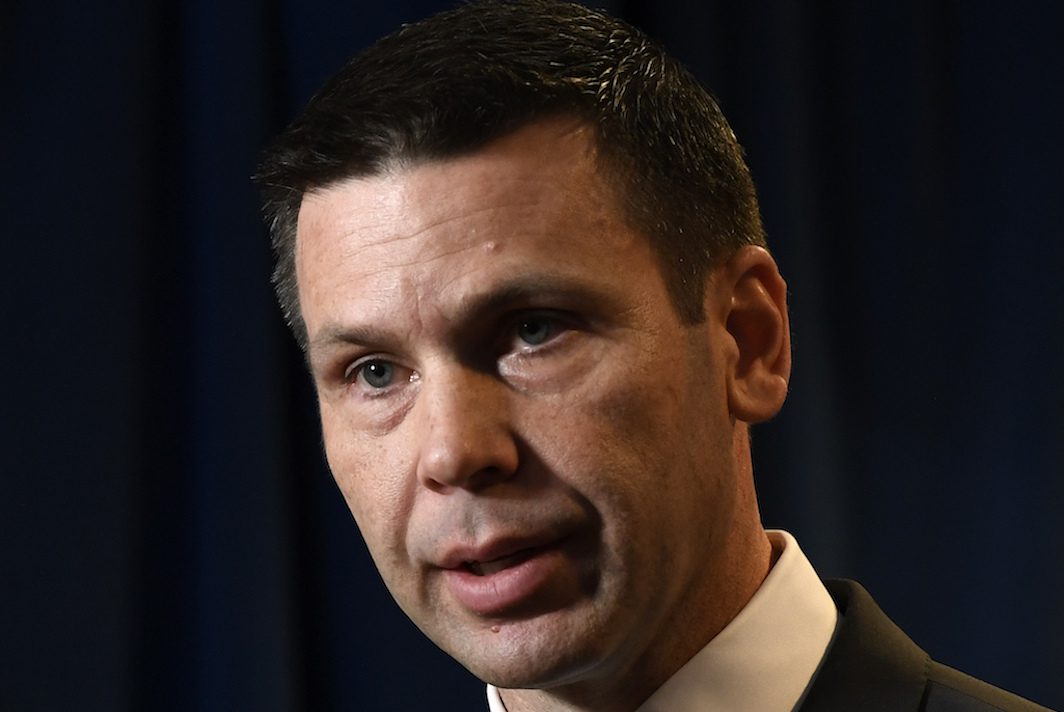 Kevin McAleenan said the tear gassing of migrants at the border back in November was "remarkable" in a good way.

Trump on Sunday fired Homeland Security chief Kirstjen Nielsen for not being significantly tough on immigration enforcement and announced that he wants Kevin McAleenan to serve as acting DHS secretary in her absence.

And it's becoming clear why he wants McAleenan — who is not next in line for the role — to serve.

McAleenan — who currently serves as U.S. Customs and Border Protection commissioner — praised the CBP agents who used tear gas against a crowd of migrants at the border.

A number of migrant children were in that crowd and were hit with the gas, leading to a heart-wrenching photo of a woman running from the tear gas canisters with two kids — one so young they were still in diapers.

"I think it's remarkable that agents were able to resolve the situation without any serious injuries or a breach of the border," McAleenan said at a hearing in December, claiming that the gas wasn't intended for the children in the crowd.

Of course, tear gas isn't the kind of chemical weapon that can be microtargeted at crowds. Instead, the noxious gas fills the air and leaves all in its path with burning eyes and throats. So the fact that CPB used this crowd control tactic knowing there were kids in the crowd is reprehensible.

Trump, however, loved the use of the tear gas.

The Washington Post reported that CPB's use of tear gas actually endeared Trump to Nielsen at the time. Trump thought tear gassing families was the kind of "tough" action that should be taking place against migrants seeking asylum in the U.S., according to the Washington Post's report.

It's unclear whether McAleenan will be Trump's permanent pick to head DHS.

However the fact that McAleenan thinks firing tear gas at immigrant children is an acceptable practice is likely a check in his favor for Trump, who thought Nielsen's ripping children from their parents and housing them in cages wasn't tough enough.