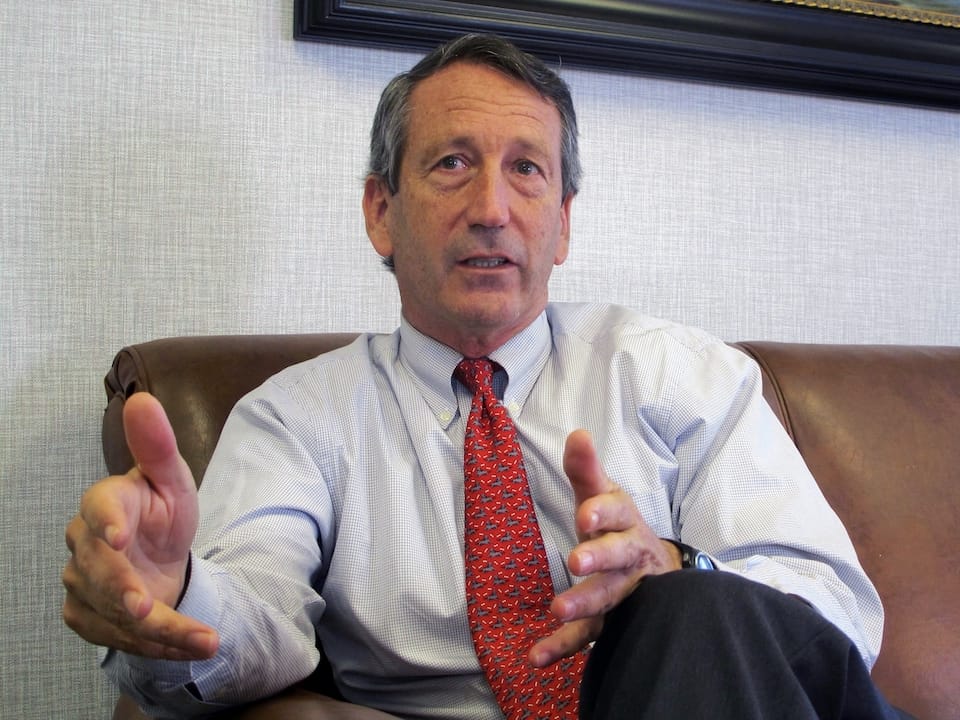 (AP Photo/Bruce Smith, File)
Get The American Independent in your inbox

In a new interview, Rep. Mark Sanford (R-SC) finally admits the hard truth: that Republicans have always known they were never going to repeal Obamacare, but they used the empty promise of repeal to keep getting elected anyway.

House Republicans are frantically trying to whip votes for their latest version of Obamacare repeal, after their first attempt failed dismally.

The newly amended American Health Care Act, which strips protections for pre-existing conditions and would weaken coverage requirements for employer-provided health plans, appears to be in jeopardy again, with key Republicans coming out against it, and Trump's budget director pushing out his estimated date for a House vote.

Despite controlling the White House and Congress, Republicans are killing their own efforts to repeal health care with infighting and indecisiveness, and with constituents flooding their phone lines and speaking up at town hall meetings in favor of Obamacare, more Republicans get scared off by the day.

But the truth is, full repeal was never going to happen, and Republicans knew it.

In an interview with Alexandra Jaffe of VICE News, Rep. Mark Sanford (R-SC) made a stunning admission:

SANFORD: It's like when I was in Congress in 1994, people talked about the Republican Revolution. It was false advertising from the start. Our system is designed to guard against revolutions. It is an incremental process. You can't have revolutionary change and a system of checks and balances, the two are mutually exclusive. And so when they talk about "full repeal" — that doesn't fit with the nature of our political system, unless you were going to get a bunch of Democrat [sic] votes on board, which wasn't going to happen.

Full repeal was, in essence, a pipe dream from the very start.

Given that the Republican Party spent seven straight years promising full repeal, ran two presidential nominees who said they would do exactly that, and publicly voted for it over 50 times under President Obama, Sanford's admission of "false advertising" proves that one of the principal planks of the GOP platform was a flat-out lie.

But this is not the only thing Sanford admitted in this interview:

JAFFE: So you're giving up on full repeal.

Think about that. Repealing Obamacare is "false advertising" and a "pipe dream," but Republicans will still talk about it because they have to make the same tired, empty promises they made back when Obama was in office.

Sanford bluntly demolished one of the biggest political justifications for the Republican Party taking back the House in 2010, the Senate in 2014, and now the White House. The fact that approval ratings for Obamacare are at record highs, while those for GOP congressional leadership are in freefall, shows voters are catching on to the lie.