Home National Leader Pelosi to Republicans: Skip your recess and do your job on...
Support progressive journalism.
Donate today 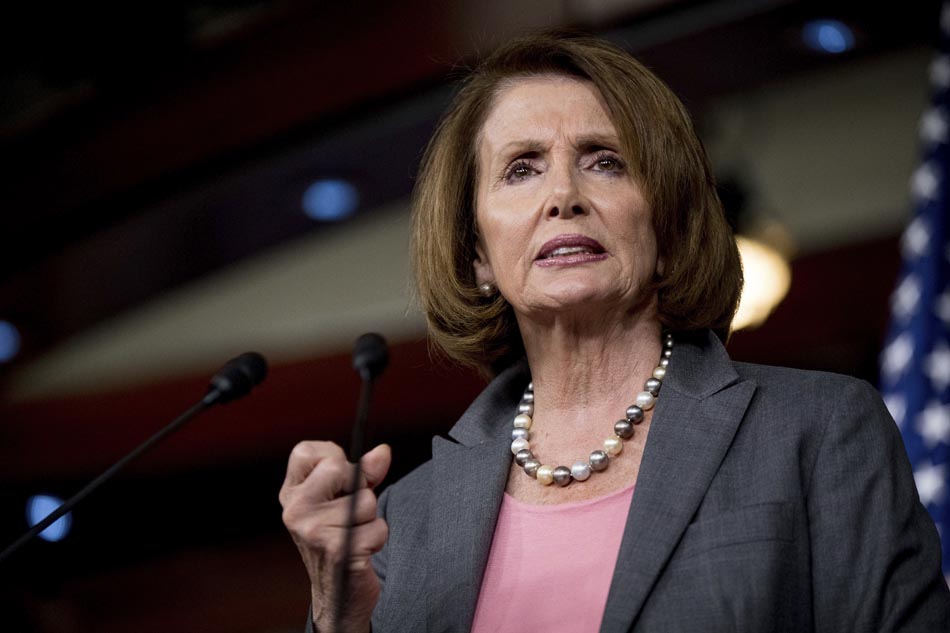 As the dust settles on Donald Trump's airstrike on a Syrian airfield, pressure is building for Congress to assume its constitutional role in authorizing military action. House Democratic Leader Nancy Pelosi (D-CA) is out in front on the issue, sending a letter to House Speaker Paul Ryan (R-WI) demanding her colleagues come back from recess to do their jobs.

Following his airstrike on a Syrian air base, Donald Trump delivered remarks in which he cited the "vital national security interest of the United States" as the rationale for his unilateral decision to use force. Almost immediately, Trump faced criticism from both sides of the aisle for not seeking authorization from Congress before using military force, an authorization that President Barack Obama sought, and was denied, in 2013.

Now, House Democratic Leader Nancy Pelosi (D-CA) is putting action behind words by demanding that House Republicans join Democrats in returning from their current recess to debate authorization for any further military action:

I am writing to request that you call the House back in session immediately to debate any decision to place our men and women in uniform in harm’s way.

Bashar al-Assad ‘s chemical weapons attack on his own people places him outside the circle of civilized human behavior.  Assad also continues to attack his own people with conventional weapons.  Meanwhile, Russia props up the Assad regime and enables its brutal war crimes to continue.

The President’s action and any response demands that we immediately do our duty.  Congress must live up to its Constitutional responsibility to debate an Authorization of the Use of Military Force against a sovereign nation.

As heartbreaking as Assad’s chemical weapons attacks on his own people was, the crisis in Syria will not be resolved by one night of airstrikes. The killing will not stop without a comprehensive political solution to end the violence. The American people are owed a comprehensive strategy with clear objectives to keep our brave men and women in uniform safe and avoid collateral damage to innocent civilians in Syria.

I look forward to hearing from you as soon as possible on this matter of grave concern to our national security.

The proportionality of Trump's response is up for debate, but there is no denying that, as Pelosi noted, there are American troops in harm's way in Syria whose lives have already been put at risk by this unilateral operation. Members of Congress owe it to those troops, and to the American people, to do their most solemn and important duty. Their vacations can wait.