Home National Legal expert: There 'may be grounds for an impeachment of Vice President...
Support progressive journalism.
Donate today 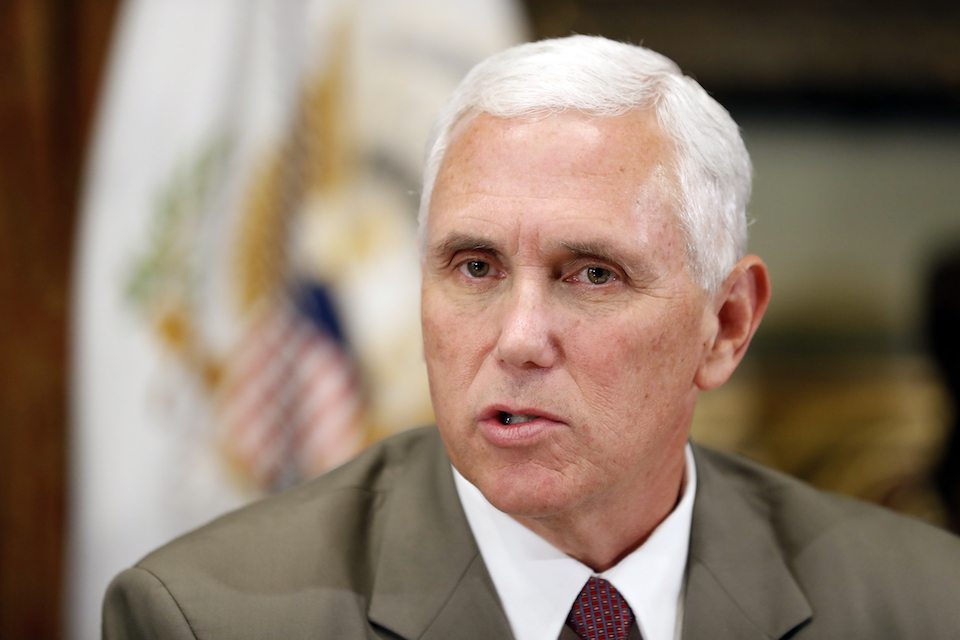 Donald Trump fired the FBI director, but Mike Pence's involvement in the process makes him complicit in an attempt to obstruct justice — and could lead to his impeachment.

Vice President Mike Pence's role in the process that led to Donald Trump firing of then-FBI Director James Comey may provide grounds for his impeachment.

Pence was present in the room where the Trump memo justifying Comey's removal was drafted and debated. It was written by controversial Trump aide Steven Miller, and Shugerman notes that it reportedly made reference to "all of these other connections to the Russian probe." The final version of the letter, which was released to the public by Trump, did not mention the probe.

Later, in public statements, Pence stuck to the company line and said Comey was removed for his handling of the investigation into Hillary Clinton's emails. Trump claimed this was why Comey was removed, but he also admitted to NBC that he was thinking about the Russia probe.

SHUGERMAN: There are lots of people we suspected before that participating in obstruction of justice. The biggest name tonight is Vice President Pence. So let me explain why this timeline puts him in legal jeopardy. We know that this letter was drafted on one day and after Steven Miller came back with the draft, it was read in a room of people including Vice President Pence, and when that letter was read, it had, quote, The New York Times talks about a "screed." It identified all these other connections to the Russian probe for why Trump had decided to fire Jim Comey.

Then after this letter is edited, Mike Pence then tells the media that the Comey firing was not connected to the Russian probe and he said it was due to Rod Rosenstein's recommendation. Those are untrue. Those statements are untrue, and it implicates Mike Pence now in a combination of conspiracy to commit obstruction of justice, aiding and abetting obstruction of justice, and also a relatively less known kind of felony called misprision of a felony. That's 18 USC Section 4. If one has knowledge of a felony and if one conceals and does not make it known to the legal authorities, one can be guilty of misprision of a felony. Also let's keep in mind that the Nixon articles of impeachment included a provision blaming Nixon for false statements for the public. That's not a felony, but it was grounds for impeaching President Nixon. It may be grounds for an impeachment of Vice President Pence.

Pence has tried to distance himself from the scandals surrounding the Trump presidency, claiming that he was not deeply involved in key moments like firing Comey and lying about what he knew about former National Security Adviser Michael Flynn.

Even as he makes contingency plans, either for banking on a quick end to the Trump presidency or a possible primary campaign in 2020, Pence can't shake his connections to the ticket. He is knee-deep in the muck, right next to Trump.