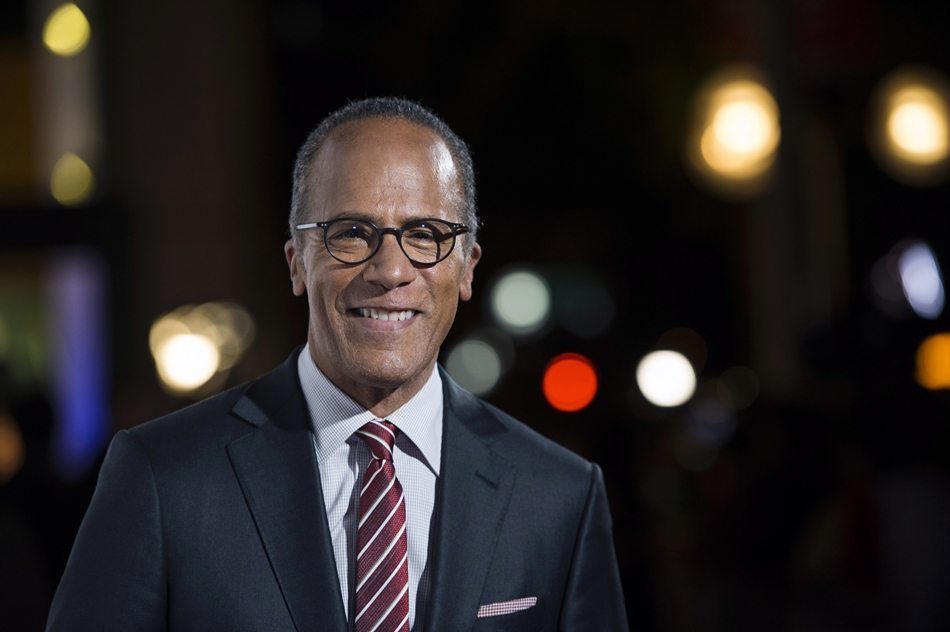 On Monday, September 26, Lester Holt will moderate the highly-anticipated first presidential debate of 2016. He faces a crucial test: Will he maintain the double standard his peers have applied to Hillary Clinton, or will he pursue true fairness and re-balance the scales ahead of one of the most consequential elections in the nation's history?

Matt Lauer's moderation of NBC's Commander-in-Chief forum was widely panned—and deservedly so—but Lauer's fault was not that he did something unusual. To the contrary, Lauer's performance was a one hour microcosm of a year's worth of media coverage.

It included the three core elements of what has been a relentless double standard: Antagonism and scorn for Clinton, an unhealthy obsession with her emails, and sheepish acquiescence to Trump's lies.

The unfairness of it all became glaringly manifest when condensed into a 60 minute spectacle.

First, he can face the truth about the abysmal coverage of Hillary Clinton. Even as trust in the mass media plummets to new lows, too many of his fellow journalists are in denial about their Clinton problem. Second, he can prepare to call Trump's lies what they are. Third, he can keep the conversation focused on issues that matter to working Americans, not optics that only matter to elite reporters and well-paid pundits.

Here is the harsh truth Holt must face if he intends to do justice to his important role: The corporate media have spent 18 months repeating pervasive narratives about Hillary Clinton, priming news consumers to have a Pavlovian response to only a single word and doing their level best to set her up for defeat.

Shareblue's research team analyzed coverage of the Clinton emails and provided the data to Rolling Stone:

[The email story] has been covered in one or more major publications every single day (but four) for the past 562 days, according to the liberal digital-media company Shareblue. Clinton’s e-mails now rival the Watergate scandal as one of the most reported stories in political history.

Counting back from the date of this writing, the emails have been covered in major media outlets for 457 consecutive days.

Trump’s campaign attracted 822 minutes of screen time on the nightly news broadcasts of ABC, CBS and NBC between Jan. 1 and Labor Day, according to the Tyndall Report, which has tracked broadcast news since 1987. It’s unlikely that another presidential candidate in history has ever gotten more, says Andrew Tyndall, the newsletter’s proprietor. Clinton’s campaign commanded just 386 minutes, which includes 89 minutes spent on the investigation of her emails as secretary of state.

Contrast that brutally obsessive Clinton email coverage with the free pass given to Trump for an interminable series of disqualifying transgressions. In recent days, he has gotten scant attention for, among other things:

The debates are the last chance to level the playing field and repair some of the damage from this unrelenting effort to tip the scales in Trump's favor.

Trump has weathered no sustained narrative-building from the media, so there is no meme like "transcripts" or "emails" or "untrustworthy" that Holt can take advantage of as a shorthand to impugn his character.

Carl Bernstein, one of the journalists who broke the Watergate story — and who, by his own admission, has been tough on Clinton this cycle — describes the fundamental inequity in coverage of the two candidates, alluding to the lack of repetition when it comes to Trump coverage:

"There is a realization that Trump is a con man, and that that is a big part of the story" --@CarlBernstein https://t.co/uvDAZHKn1k

Simply put: It's all about the repetition. With less than 50 days left, there is simply no time for the media to restore equilibrium by giving the same intensity of sustained coverage to Trump's actual transgressions as they have to Clinton's perceived ones. The clock is running out.

If, in questioning Clinton, Holt simply echoes the subjects his colleagues have been repeating for the last year and a half (or longer, in some cases), he'll automatically tilt the debate in Trump's favor.

The national media have been marching through the forest of this election for 18 months. Their reporting on Trump has been a haphazard meander from tree to tree. Their coverage of Clinton has been a focused trek, creating a path of well-tread grooves. Now every time a question settles into those grooves, voters know exactly where they're headed: Down the path that's been cut to a familiar destination. The destination is a caricature of Clinton as a corrupt, dishonest and disliked monster.

Holt, and the following moderators, have a major task ahead of them. They must avoid that path.

(Melissa McEwan and Peter Daou contributed to this article)