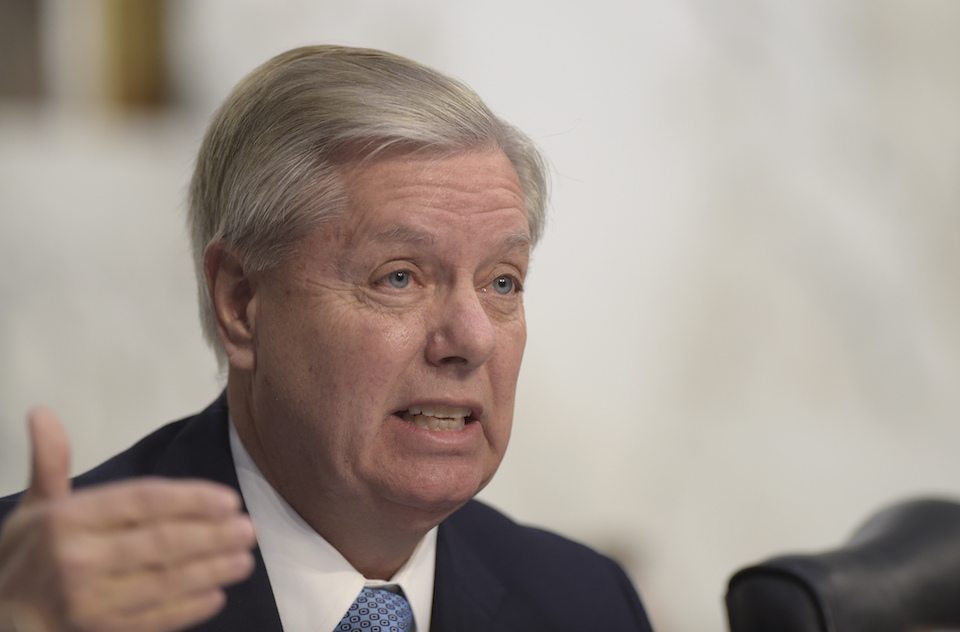 House Intelligence Committee Chairman Rep. Devin Nunes (R-CA) is fending off Democrats' demands for his recusal, but even Republicans like Senator Lindsey Graham of South Carolina are now questioning his leadership of that committee, and suggesting that the House investigation is fatally damaged.

In an interview with The Today Show, Graham questioned Nunes' objectivity, and told Matt Lauer that Nunes has "lost his ability to lead" the committee:

LAUER: Aren't there enough questions that he should, at the very least recuse himself, from any investigation involving the Trump campaign and Russia?

GRAHAM: Well, I think he put his objectivity in question, at the very least. Here's what I would suggest. That David go to his Democratic colleagues and share the information that he was given by this unknown person so they will all know exactly what he's talking about. And if he's not willing to tell the Democrats and the Republicans on the committee who he met with, and what he was told, then I think he has lost his ability to lead.

While Graham fell short of calling for Nunes' recusal, leaving that decision to House leadership, he might as well have. Graham went on to say that the House investigation is pretty much doomed:

LAUER: If you go back to your words, that he's already put his credibility in question at the very least, then doesn't he have to recuse himself?

GRAHAM: I think he has to repair the damage. My belief is, the House is off track, and probably can't get back on track.

Very few Republicans, among them Sen. John McCain (R-AZ) (who has also said Nunes, "a lot of explaining to do") have joined Democrats in calling for an independent investigation of Trump's Russia ties, and Graham has previously expressed openness to a special prosecutor. Rep. Nunes' actions this past week only make the necessity of such an investigation clearer, and more urgent.