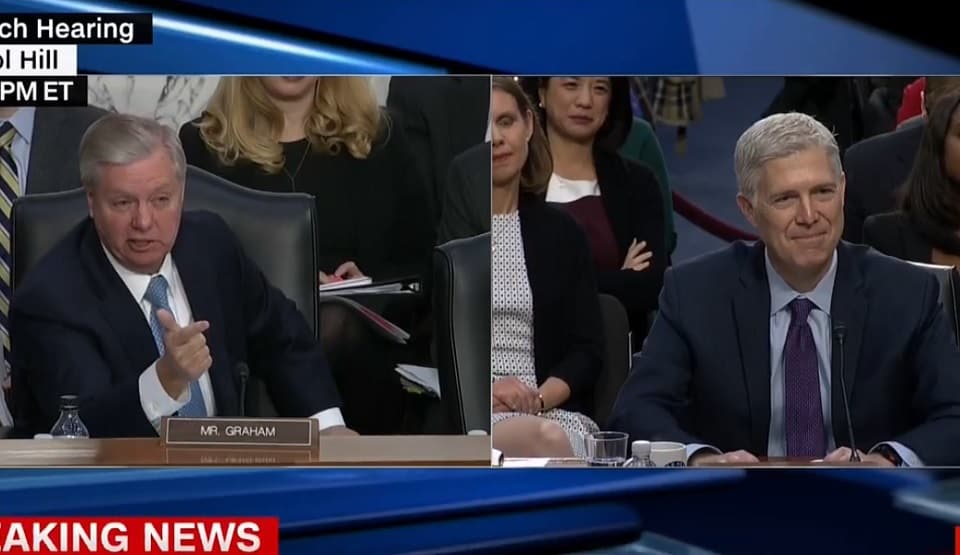 Talk of impeachment came from an unusual source at the confirmation hearing for Judge Neil Gorsuch: Senator Lindsey Graham (R-SC), who raised the threat of such an action if Trump were to order waterboarding.

During his first week in office, Donald Trump scrapped a reported executive order that would have overturned President Obama's ban on torture.

At the Senate Judiciary Committee's hearing on the nomination of Judge Neil Gorsuch, Senator Lindsey Graham (R-SC) made a very direct allusion to Trump, and the consequences to him if he were to reinstate the practice of waterboarding:

Graham: So if we have laws on the book that prevent waterboarding, do you agree with me that the Detainee Treatment Act prevents water boarding?

Gorsuch: Yes, Senator, that's my recollection of it, firmly.

Graham: So in case president Trump is watching, which he may very well be, one, you did a good job picking Judge Gorsuch. Number two, here's the bad part. If it you start waterboarding people, you may get impeached. Is that a fair summary?

Gorsuch: Senator, the impeachment power belongs do this body.

Graham: That's even better. Would he be subject to prosecution?

Graham: But he is not above the law.

Gorsuch: No man is above the law.

During the presidential campaign, Trump repeatedly promised to bring back waterboarding, and worse, but so far has failed to act on that promise. Unfortunately for Trump, that still leaves a long list of impeachable offenses he has committed, or is being investigated for.