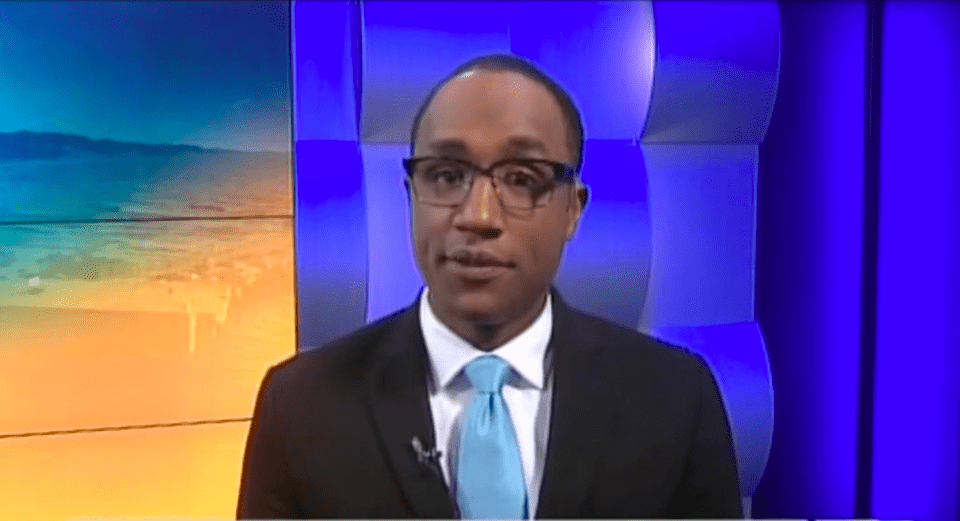 WoodTV.com
Get The American Independent in your inbox

As a local TV reporter in Western Michigan, Marvis Herring surely has some familiarity with local Republican Congressman Tim Walberg.

So perhaps he was not surprised to hear the news that Walberg had recently told constituents at a Grand Rapids town hall that God will "take care of" climate change.

National news outlets were quick to jump on the story. But most people still get their news from local TV. So what is reported there, and how it is reported, is significant.

Herring, of the 24 Hour News 8 team, was unamused by Walberg's comments. And he was prepared to debunk them:

MARVIS HERRING (REPORTER): The vast majority of climate change research in recent years claims human influence is main cause of the problem. But Republican State Rep. Tim Walberg tells the people of his area that if there really is a problem, God will "take care of" it.

Representative Walberg made these statements last Friday while speaking at a town hall meeting in Coldwater. The 7th district state rep says he does believe climate change is real. But says as a Christian, he does not believe man can change the entire universe. Here's part of what he said last week, days before the president's announcement of his Paris agreement decision.

REP. TIM WALBERG (R-MI): "I believe there's been climate change since the beginning of time. I think there are cycles. Do I think man has some impact? Yeah, of course. Can man change the entire universe? No."

HERRING: And experts at NASA say climate-warming trends over the past century are "extremely likely due to human activities." Time magazine says the U.S. is the second largest polluter in the world and also has the largest economy so pulling out of this deal would weaken it greatly. We'll be watching it, and let you know what happens.

Herring's report provides a model for how to responsibly report the news. Rather than just telling viewers what Walberg said, Herring took the time to provide them with the facts — facts that are important to his constituents, including those who share his Christian views.

And in our new political reality, journalists like Herring will be even more sorely needed than ever.